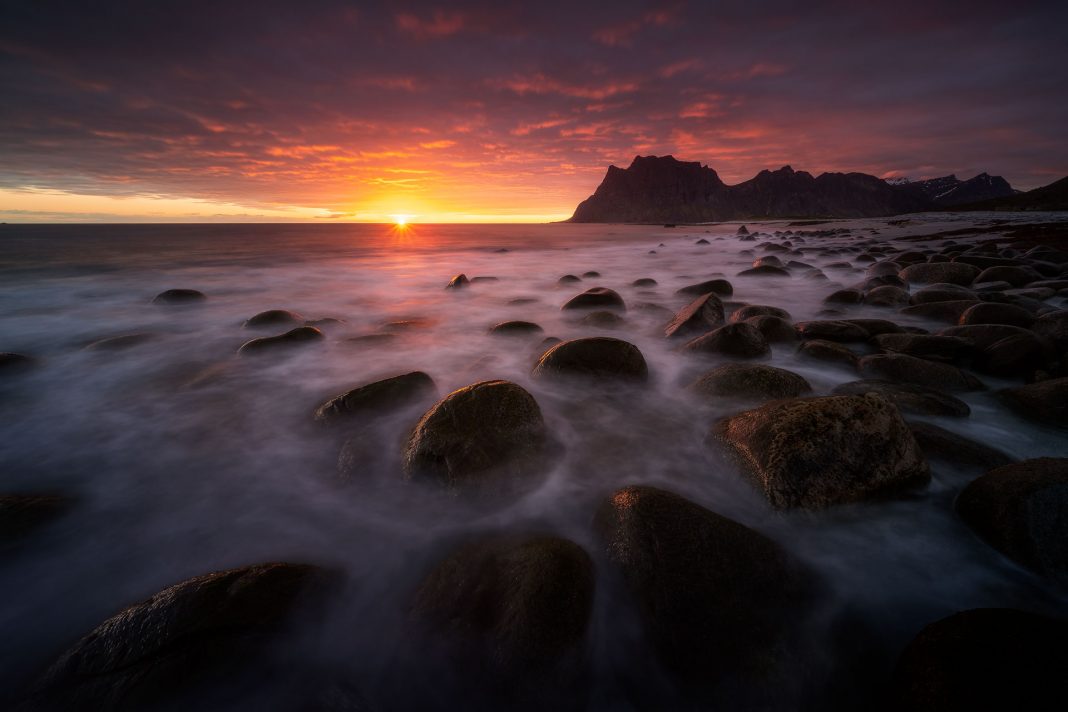 When I first got into photography, I expected to return home with great images from every outing. Obviously, that didn’t happen and it didn’t take long for my frustrations to grow. Why wasn’t I able to capture photos as good as others?!

Maybe this sounds familiar to you. You’ve learned the fundamental camera settings and you’ve read up on compositions but the majority of your images still aren’t great. They lack that little extra.

Don’t worry, you’re not alone. This is something most photographers struggle with at some point.

There are many factors involved in creating a good photo but there’s one key ingredient that’s often neglected: patience.

The truth is that your favorite photographers don’t return home with great images each time they go out. In reality, only a small percentage of their images will ever see the light of day. An even smaller percentage finds its way into the portfolio.

It’s this factor that many forget. Especially in the beginning. You rarely see all the work that other photographers put into creating an image. It’s easy to think that they’re just more lucky than you.

Having a technical understanding is important but having patience, or grit, is just as essential.

Are you willing to spend days, weeks, or years perfecting a photo? Do you step out of your comfort zone and go on long hikes or drives over and over until you get the image you’ve envisioned? Do you put in the work?

That’s what it takes to become a better photographer.

I want to tell you a story about an image that I captured last summer. I talked a fair bit about it during an online presentation for a camera club here in Norway and the story turned out to be a little eye-opener for some.

When you see this photo, you might think something along the lines of ‘how lucky you were to get the rainbow and light’. It’s easy to understand why you’d think that as I’m going to guess that rainbows and colorful sunsets don’t occur every time you go out photographing. It certainly doesn’t for me.

I had scouted this area a couple of years before and was determined to explore it further and to get a shot during the late summer months. Getting there requires a 1-hour drive, a 2 to 3-hour hike, and a night in the tent. Which, in the grand scheme, isn’t that bad.

Warm summer days with blue skies don’t result in the light I’m looking for. Instead, I need to go on a day where the weather is… less comfortable. Here in the Arctic, those days often include rain, wind, and cold temperatures.

Now, hiking and tenting is a passion of mine but, from a photographic standpoint, it got frustrating when the first three attempts didn’t result in a single good image. I returned home without anything. One time due to low clouds and no visibility, another due to too much rain, and one where the light just didn’t get interesting.

I feared the same would happen on the fourth attempt as the heavy rain seemed to have no end. But, for a brief 15 minutes, the sun broke through the clouds and gave some magical light.

Those 15 minutes were all that I needed. Since I had used the previous visits to become familiar with the area, I knew where to be when the light hit in this direction. 15 minutes is all you need. It’s in that little window of time where your hard work pays off.

I consider four attempts over the course of a couple of weeks to be a success. It’s not uncommon that I return to the same spot, often requiring much further drives and hikes, dozens of times during a year without getting anything that I’m excited about. Some images are years in the making.

Now, every good image doesn’t require days of hiking, years of planning, and all sorts of hard work. Sometimes, things just work out. It’s perfectly possible to get a good image on the first visit. Here’s one of my favorite examples of that:

This shot was captured on a road trip to a place I knew little about. I had scouted the area on the maps and found some potential vantage points but it was ‘luck’ that I found this particular composition and it was luck that the light got so good. To be honest, didn’t expect much as it had been raining upwards the entire day.

So yes, there are always exceptions. There will always be those moments when all the elements align and you get a great shot. But don’t expect to get those conditions each time. A professional photographer can spend hundreds of days without capturing any noteworthy images.

While I’m excited about the image above, it’s far from perfect. I look at it as a good beginning. It was a new area for me and I was treated with brilliant light but there are many things that can be improved. That means I need to get back in the car and spend more time exploring the area. Then, perhaps, I’ll one day capture something that deserves a spot in the portfolio.

Don’t give up. Patience is key

One of the most important things you can learn as a photographer (or artist in general) is to invest time. The more time you spend in the field, the more likely it is you’re going to get a few sessions with great conditions.

The days where the light is boring and the conditions aren’t optimal shouldn’t be viewed as a failure. Instead, take the time to explore and take note of possible compositions and perspectives. Look for interesting subjects. Become familiar with the place so that you’re prepared when the light becomes better. Because, if you’re patient enough, conditions will be top-notch one day.

Hard work pays off and that’s especially true when it comes to your creative endeavors. Stick to it, keep trying, and don’t give up. Great results will come! 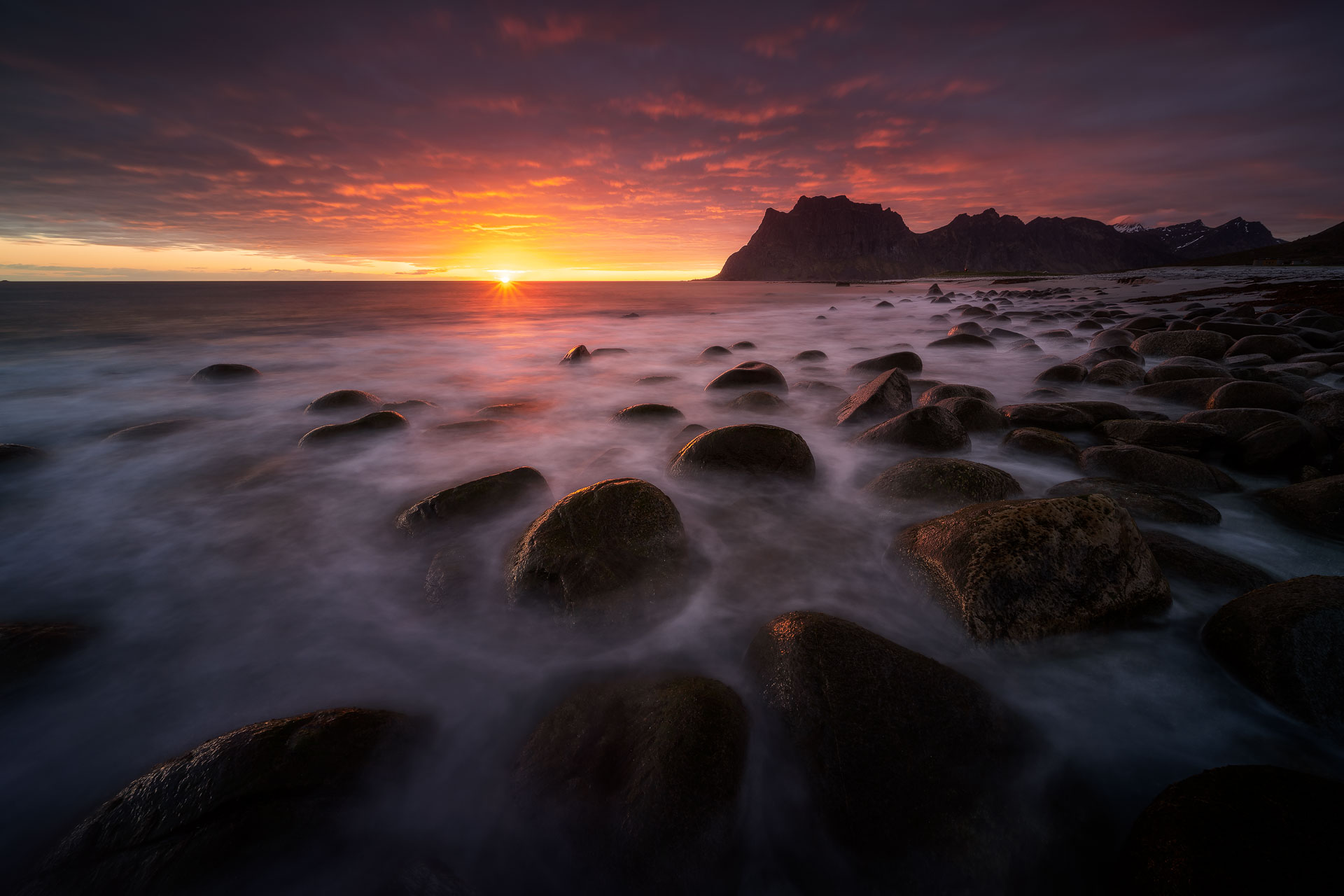