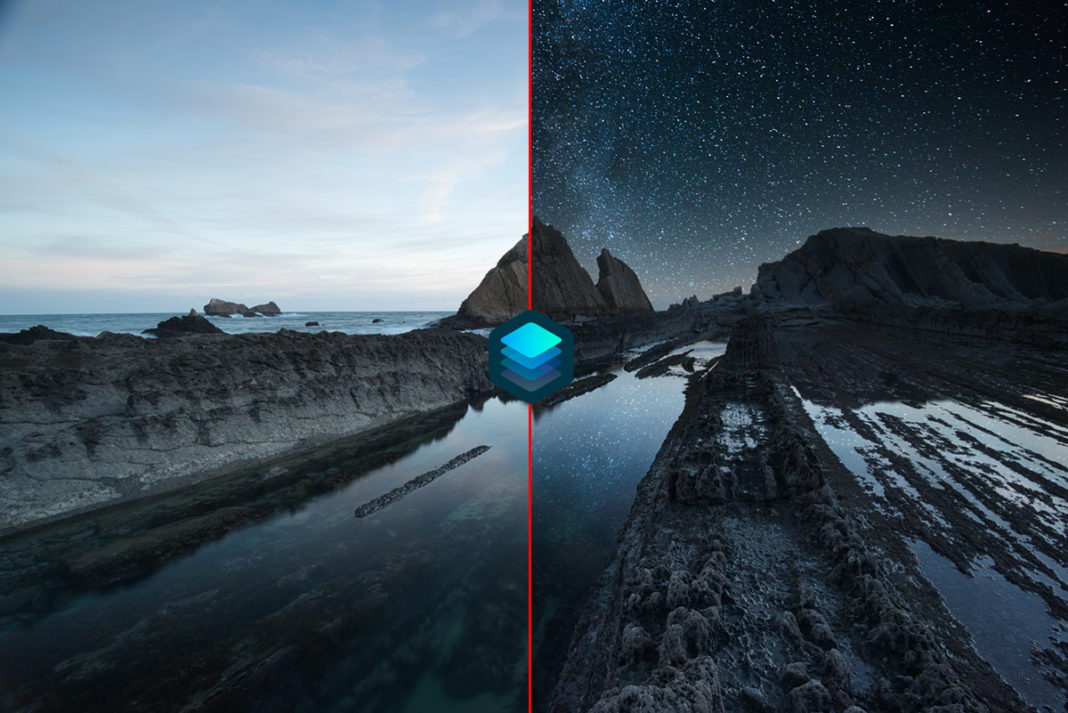 The AI Sky Replacement Tool became the big talking point in the image editing world after Luminar 4’s official release. Was it really possible to replace the sky with just one click? Yes… and it does a near-perfect job!

However, it’s not quite perfect yet. It still has one weaknesses (if you can even call it that); it doesn’t take reflecting surfaces into consideration. In other words, it will seamlessly replace the sky but reflections are untouched.

Skylum, the company behind Luminar 4, has mentioned that they will work on this in the future but for now, there’s still no slider or automatic way to create sky reflections.

That doesn’t mean it’s not possible, though.

It requires some manual work and it might be a little confusing at first but it’s still possible to create a realistic-looking reflection of the replaced sky.

By following the steps shared in this tutorial, you’ll be able to create an image like this: 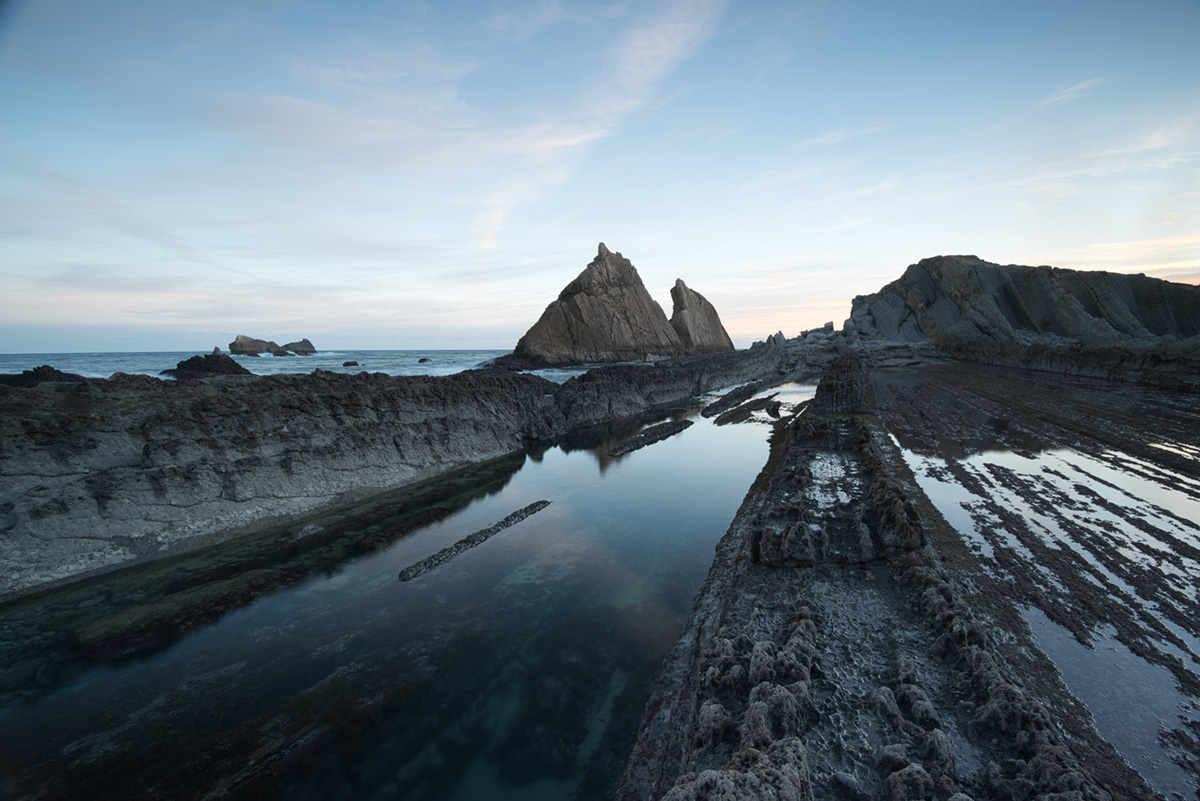 Note: Make sure to read our Luminar 4 review if you’re not yet familiar with it.

What to consider before replacing a sky

There is one thing that you need to consider before starting the sky replacement; will you get a realistic blend between the new sky and landscape?

The ‘Relight Scene’ slider does a good job adjusting the colors and contrast in the landscape to match with the new sky but there are certain things it can’t fix.

For example, the image below would not be a good fit for a Milky Way sky.

Yes, it would’ve been beautiful to have the Milky Way above and reflecting in the water (which I did photograph that night) but the mountain is lit up by the rising sun.

Have you ever seen a mountain lit up by the sun with the Milky Way above it? That’s not very realistic.

A better choice would be to use an image where the overall light is flatter. It doesn’t necessarily need to be a blue hour image but make sure that no parts of the image are licked by sunlight.

Now that you’ve found two images that can work together, let’s jump into the step-by-step workflow to create sky reflections in Luminar 4:

This technique isn’t possible to complete with one of the pre-loaded Luminar skies so you need to have a custom sky image to upload and use. In this example, I’ll be using the Milky Way image below.

Start by opening the image you want to process in and go to the Creative Tools (sun icon) category.

Next, select the AI Sky Replacement Tool and click on Sky Selection. Choose Load Custom Sky Image… from the drop-down menu and find the sky image you want to use. Now click Open.

Let the tool work its magic and replace the existing sky with the new.

There might still be some imperfections in the blend so before dealing with the reflections, let’s move on to step 2 and correct any mistakes.

The AI Sky Replacement Tool struggles more with certain types of images than others. Most of the time the sky replacement looks good right off the bat, while other times it needs some corrections.

The image I used in this scenario didn’t need too much correcting as it had good contrast and a clear distinction between the original sky and land. If your image has less contrast between these areas, you might need to tweak the sliders more than what I did:

If the new sky doesn’t blend well, regardless of how you adjust the sliders, it might not be a good fit for a sky replacement. This doesn’t happen too often but certain images that have a very weak distinction between the sky and land might not work.

#3 Create a new Image Layer to introduce the reflection

The reason why you need to use a custom sky instead of working with Luminar’s included skies when creating sky reflections is that we need to upload the image file in a separate layer.

Go to the Layers Tool and choose Add New Image Layer from the New Layers Icon (+). Locate the same sky image as used in the AI Sky Replacement Tool and click Open. The sky image should now cover your photo completely. Don’t worry, we’ll take care of this in the next step.

The fourth step to create sky reflections in Luminar 4 is to rotate the new Image Layer. This is important to remember if you want the sky and reflection to align realistically. Flip the image vertically by following the following steps:

The sky image should now be the opposite of its original state but unless the horizon of your image is dead-center, we need to move the reflecting Milky Way image down.

Simply click on the image (while in the Layer Transform window) and drag it down until it’s in a position where it perfectly reflects the sky.

We still have one problem, though: the sky image is still covering the entire foreground, completely concealing the landscape.

There are a few different methods used to handle this but it seems like many educators simply lower the opacity of the layer and move on.

While we will work on the opacity towards the end, there’s an extremely important step that many forget to mention: choosing a Blend Mode to make the reflection look more natural.

All you need to do in order to change the blending mode is to open the drop-down menu next to ‘Blend’ on the Layer Options and select the desired mode.

The reflecting stars are still a bit too bright (remember that you want the reflections to be slightly more faded than the actual sky itself) so you need to reduce the opacity slightly. In this case, I reduced it to 55.

#5 Use a Layer Mask to remove overlapping reflections

When you look closely at the image, you’ll notice that the reflection isn’t only visible in the water but also on the rocks. This is easy to forget now that the reflections are looking good but it’s a crucial step to follow in order to make it look as natural as possible.

We need to use a Layer Mask to remove the reflection from the places we don’t want it:

Depending on the image, this could be the most time-consuming part of the entire workflow. Some images can be more complex and require you to zoom in and use a small brush, while others are more forgiving.

Note: For images where the reflection takes place in most the foreground (for example a lake), you don’t need to invert the Layer Mask as we did in step number three. In that case, it will be quicker to use the Erase brush (instead of Paint) to remove it from the areas you don’t want the reflection to take place.

The reflection is looking nice now but there are still a few adjustments I recommend making to make it fit better with the surroundings.

Each image needs to be processed individually so the exact adjustments that you needed depends on the situation. In general, though, I recommend that you make an adjustment to the overall exposure and the colors.

Since I’m applying these adjustments onto the same Image Layer as the reflecting sky is on (meaning the adjustments will only be applied to white areas of the mask we made and at a lower opacity), it’s necessary to pull a little further in the sliders than normal.

These three adjustments were enough to get the reflections look more natural and blend better with the landscapes around it.

It’s complicated to create sky reflections in Luminar 4. In fact, it’s slightly more complicated than most of the editing you’ll do in this software but if you do choose to use the AI Sky Replacement Tool, I urge you to learn this technique. Following these steps will help you creating a more realistic-looking composite.

Perhaps an automated reflection replacement is something we can hope to see in future Luminar versions too?

Note: This is a shortened version of the step-by-step workflow shared in A Photographer’s Guide to Luminar 4. There you’ll also learn how to ‘fix’ the imperfection found in the reflecting water (slight remain of the original reflection) and much, much more.

Note II: You can get $10 off Luminar 4 by using the promo code CAPTURELANDSCAPES. I recommend this software for anyone who’s looking for an easy way to make their images look great but don’t have the time or interest to learn advanced tools like Photoshop. 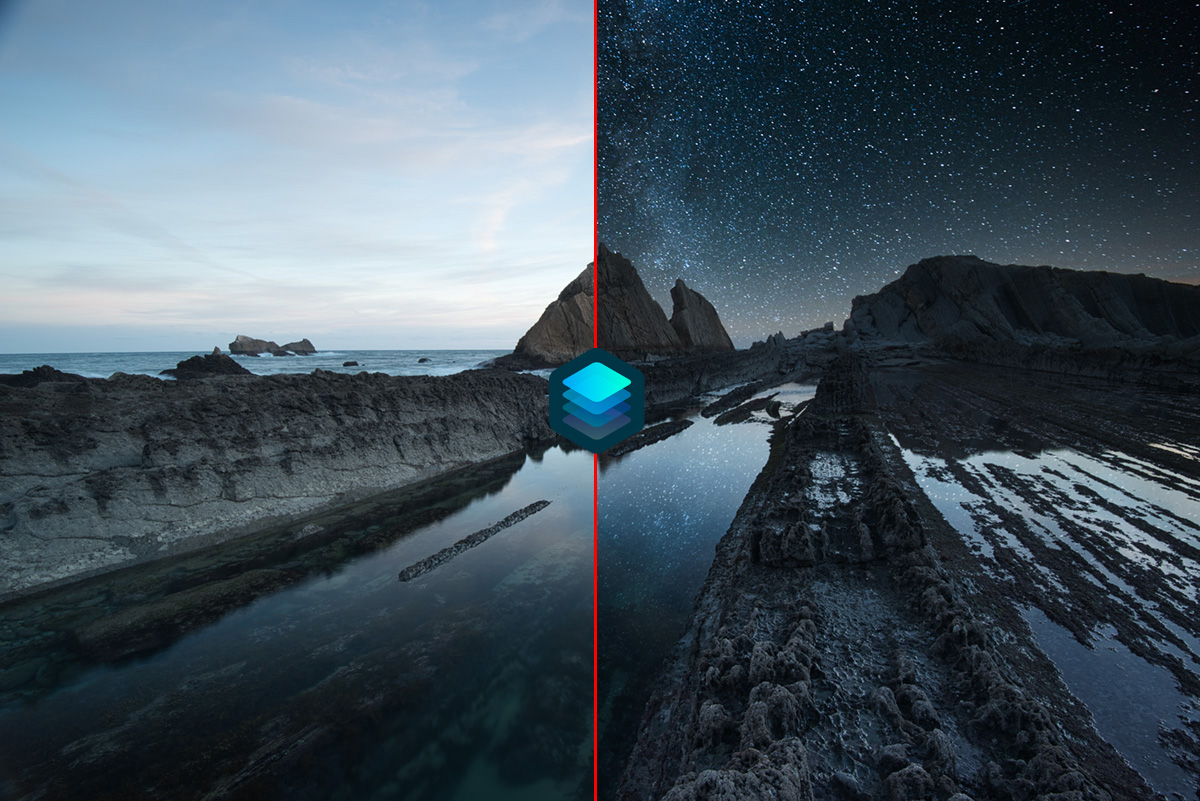