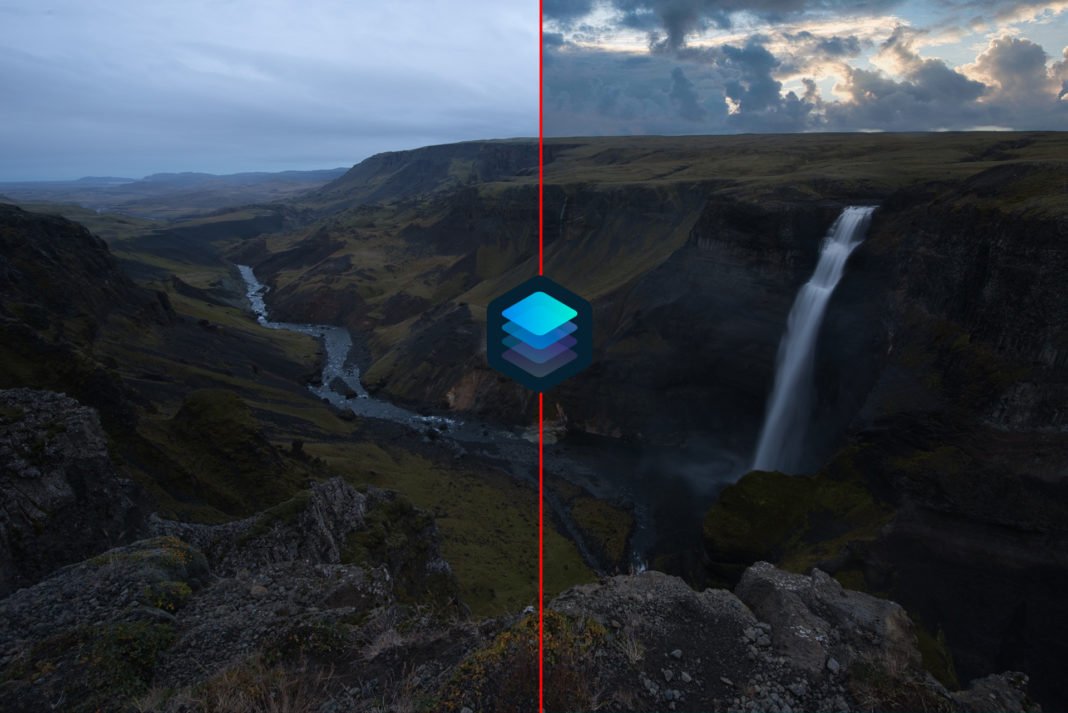 I’ll say this right off the bat: the AI Sky Replacement Tool in Luminar 4 has proven that automation and post-processing might work after all.

This definitely isn’t a tool for everyone. Sky replacement, or photo manipulation to that extent, is a touchy subject with many strong opinions. However, it’s been possible to replace the sky in Photoshop for a long time but nobody looks down on Photoshop for that reason. What Luminar has done with their AI Sky Replacement Tool is to simplify the process and make a time-consuming task be done with one simple click.

In fact, it’s almost annoying how easy it is to use.

It doesn’t matter if the original image has a dull, dark, bright or high contrast sky; the AI Sky Replacement Tool will automatically identify where the sky begins and where it ends, before seamlessly placing the new sky in this area.

The sky replacement won’t be perfect every time and might require some fine-tuning through its sliders. You’ll also see that it works best when there’s a big contrast between landscape and sky but it has impressed me with even more complex images such as this:

The image above is not the easiest to replace the sky within. It’s not impossible but it would take a lot of time to create a precise mask around the branches and along the tree line on top of the hill in, for example, Photoshop.

Using the AI Sky Replacement Tool, it took only a few seconds. I simply chose the sky I wanted and made two quick adjustments to the Close Gaps and Relight Scene sliders to make the blend seamless.

Let’s take a closer look at how this tool works and how you can use it to replace dull skies in your photos:

How to Use the AI Sky Replacement Tool

Replacing the sky in Luminar 4 is rather straight forward. In fact, it’s so simple that all you need to do is select the sky you want from the drop-down list, and voila! It’s done.

However, as I mentioned, the result might not be perfect right away (or you may want to make adjustments to the new sky so it fits your image) which is why you’ll find an additional 10 sliders to help fine-tune the sky replacement.

The first step is to choose your new sky from the Sky Selection. You can choose to use one of the sample skies or you can load your own sky by choosing the Load Custom Sky Image… option at the bottom of the Sky Selection menu. When using your own sky image, it’s important to remember that the file should be of high resolution, saved in a .jpg file and have a size below 10 megabytes. It’s also important that your sky image has a straight horizon, no other objects than the clouds (i.e. don’t include a foreground) and that it’s captured with a mid-range or wide-angle lens.

In many cases, the image looks good immediately after choosing a sky from the Sky Selection. There are cases, though, where the sky and image need some fine-tuning. That’s when the following adjustment sliders come in handy:

Horizon Blending smoothens the transition between the current and new horizon. Realistically, there is often a soft transition so using a higher value will give a more realistic feel to the image.

Horizon Position lets you override Luminar’s sky alignment by shifting it up or down to your preference.

Relight Scene alters the light and colors of your original photo to match with the new sky. Use this tool when colors in the landscape don’t look realistic with the new sky. Move the slider towards the right for a higher intensity of the relight effect.

Sky Global affects how the texture is mixed into the landscape. Moving the slider to the right increases the amount of sky that is added to it.

Close Gaps is the first of six adjustment sliders found inside the Advanced Settings. You can use this slider to introduce the new sky into small holes and gaps that weren’t filled initially. This is a particularly useful tool when working with images that has a lot of fine details and edges such as trees.

Sky Local controls the overlap between the new and old clouds. In other words, it influences how much of the original sky is replaced.

Sky Defocus softens the sky and gives it an ‘out-of-focus’ feel. This can be useful when having an image with a shallow depth of field.

Flip Sky is useful when you want to change the direction of the image. It flips the new sky and allows you to take the shadows in the landscape into consideration when recreating a realistic scene.

Landscape Exposure alters the brightness of the landscape while leaving the sky untouched. This is smart when the sky and landscape don’t quite match.

Landscape Contrast increase or decreases the contrast of the landscape while leaving the sky alone. Moving the slider to the left decreases it while moving it to the right increases it.

Use the sliders to fine-tune the blend and see that what could’ve taken you up to 30 minutes in Photoshop has been done equally good (if not better) in less than a minute.

I’ll be honest and admit that the AI Sky Replacement Tool surprised me in more than one way. I had low expectations to start with, as I’ve been skeptical about AI’s role in post-processing but I was proven wrong. The Sky Replacement Tool does an impressive job in most cases and in the few where it doesn’t, you simply use the sliders to fine-tune it.

This is not something I typically do in my photography but I do see the value for those who do. Replacing the sky in Luminar compared to Photoshop is going to save you a lot of time. The results will be similar most of the time too.

Note: this article is taken from A Photographer’s Guide to Luminar 4 where you’ll learn everything you need to know about the software and how you can use it to make your images look more professional.

Note II: You can get $10 off Luminar 4 by using the promo code CAPTURELANDSCAPES. I recommend this software for anyone who’s looking for an easy way to make their images look great but don’t have the time or interest to learn advanced tools like Photoshop. 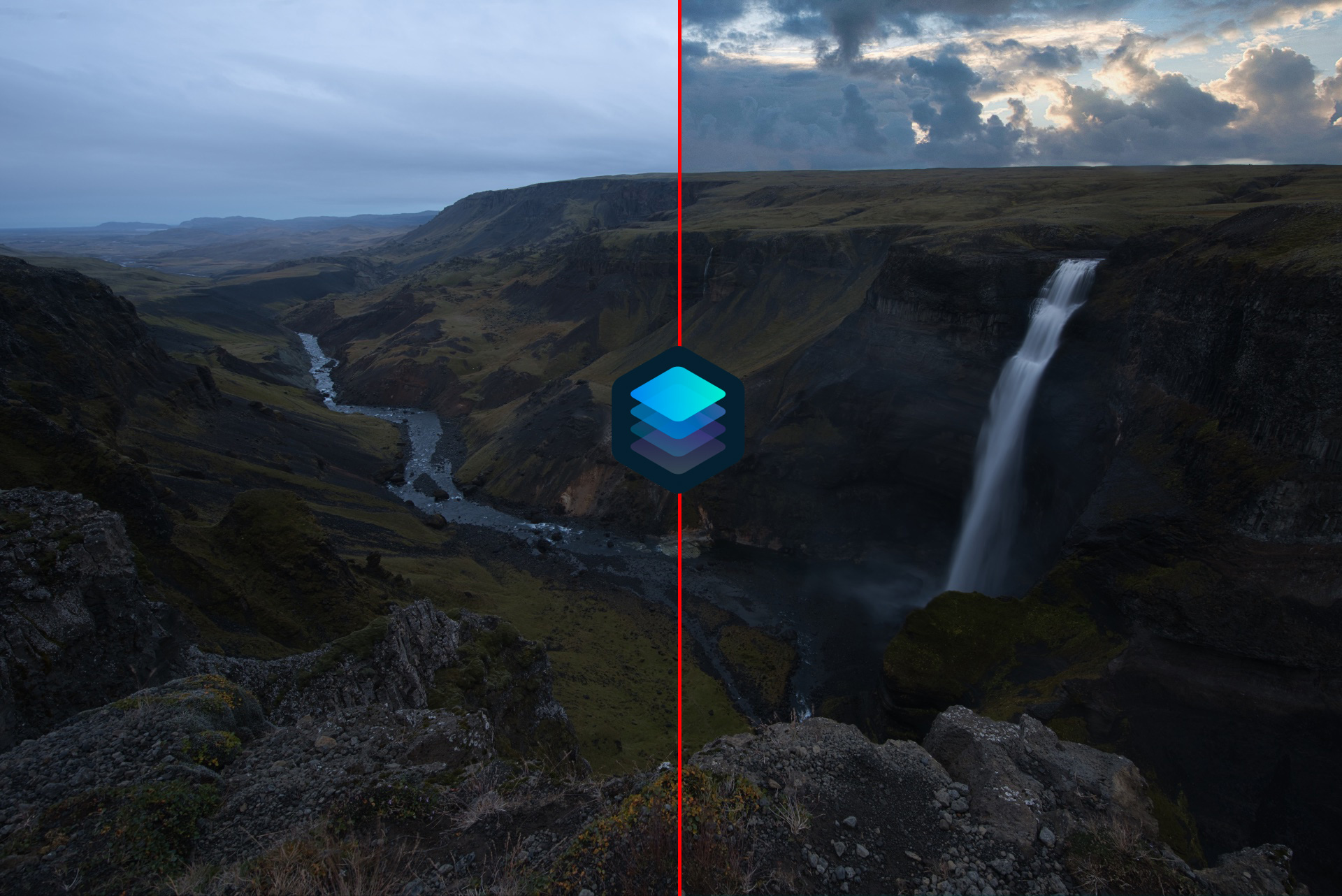