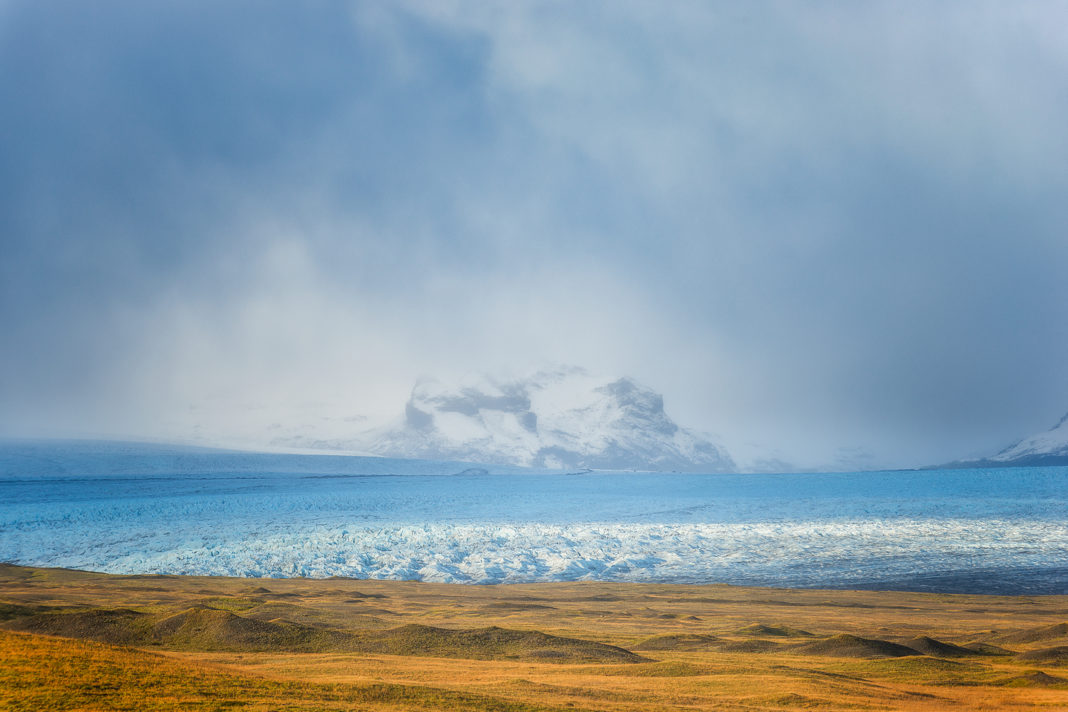 There are countless techniques and tools to make your image stand out but few have become as popular as the Orton Effect.

The Orton Effect is both loved and hated but still applied to some degree by most landscape photographers. It’s not hard to understand why it’s become a popular technique when you see just how big of an impact it can make to an image.

You might think that this is an effect that only those familiar and comfortable with Adobe Photoshop can create but it’s actually one of the easier techniques you can learn – though it’s still one of the most effective.

What is the Orton Effect?

The Orton Effect is a technique that was developed by Michael Orton in the 1980s and remains one of the most popular post-processing techniques for landscape photographers today. While the technique has evolved since its first appearance, the core concept remains the same: create a dreamlike glow to an image.

Michael Orton originally created the effect to imitate watercolor paintings. Since this was before the digital era it was done by sandwiching two or three transparencies of the same composition where one slide is in focus and overexposed and the second and/or third is out of focus and overexposed.

Today the effect is easily made in a software such as Adobe Photoshop, which is what we’ll focus on in this article. There are many ways to achieve this effect but most lead to similar results.

The biggest challenge with applying the Orton Effect is finding the balance between looking good and too much. This is where many fail and the at times extreme results is the main reason why some photographers frown when the effect is mentioned.

There’s no blueprint to when you should add Orton Effect to your image and not all images will benefit from it. Normally, I begin my processing with doing slight RAW adjustments in Adobe Lightroom, then open the file in Photoshop and do some work with midtone contrast and colors before applying the Orton Effect.

However, as I said, this depends on the particular image and sometimes it might be the first or last, step I take.

Begin with opening your image in Adobe Photoshop and apply the adjustments you feel is necessary before adding the effect. Once the image is ready, create a merged layer (⌘ + Shift + M) and duplicate it (⌘ + J). We’re going to need both layers for this method.

Select the top layer (this should be the duplicate layer), go to Filter -> Blur -> Gaussian Blur. 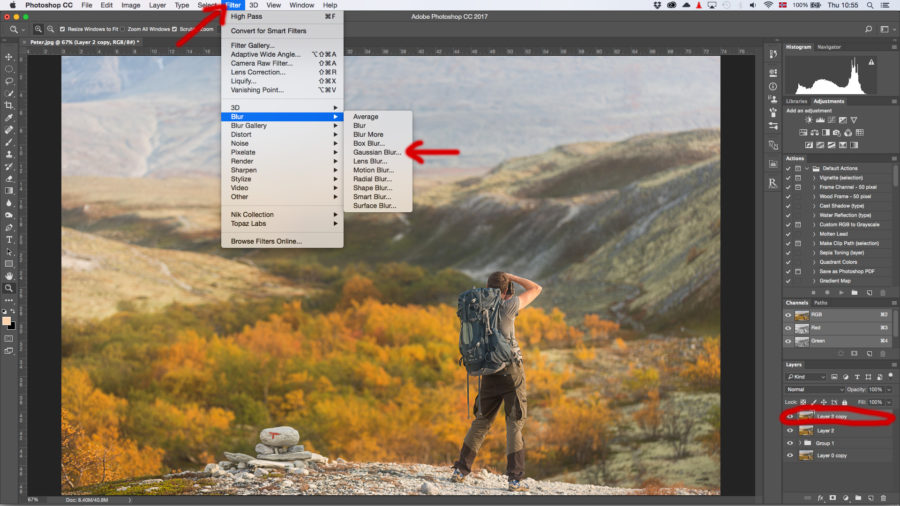 Select a radius in the box that appears; the ideal radius depends on the image and what camera it’s captured with.

I tend to use the same radius as a number of megapixels in my camera – which is 36 on my Nikon D810. Increasing the radius will result in a stronger glow and more dreamlike effect but I prefer to use the layer opacity to adjust the strength instead.

I recommend choosing a radius between 20-50 depending on your camera. 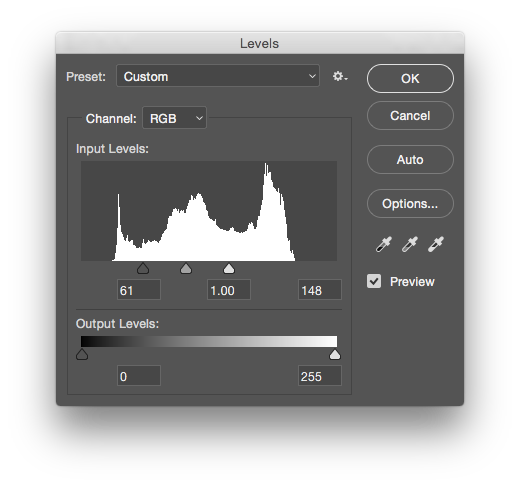 After the Gaussian Blur is added, it’s time to introduce some contrast. This is done by going to Image -> Adjustments -> Levels. Again, since we will adjust the opacity, we are going to over-do the adjustment at this stage. Pull the highlight slider far left and the shadow slider far right until there’s a lot of contrast.

It can be hard to visualize what it’s going to look like; the image looks horrible right now but don’t be afraid to go extreme like I did in the example above.

Now, make the layer invisible by reducing its opacity to 0. Since our eyes are still going a bit crazy after watching the massive color and contrast bomb, look away from the monitor for a minute for your eyes to re-adjust.

Once your eyes are back to normal, gradually increase the opacity until you’re satisfied with the look. I tend to leave it somewhere between 8-12 percent.

At this point, the image will have a nice glow but some important details and textures have been lost. To get them back you need to add a sharpening filter.

Take the original merged layer (located beneath the duplicate) and drag it on top of the duplicate. This will make the Orton Effect invisible for now. With the top filter selected go to Filter -> Other -> High Pass. 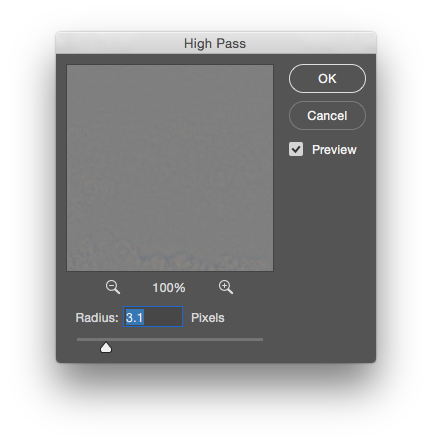 Again, the radius depends on the camera used to capture the image but I tend to use somewhere between 2.8 – 3.2. At this point, the image appears gray and only some outlines are visible. To fix this simply change the blending mode to Soft Light. 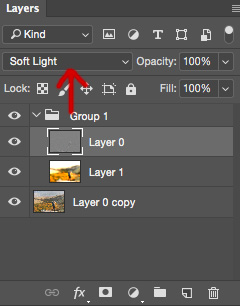 The image is now visible again and you can see that you’ve recovered some details and textures in the image while maintaining the Orton Effect glow.

My final step is to select the two layers and add them to a group. This allows me to make slight adjustments on the group’s opacity until I’m satisfied with the effect.

Sometimes I will add a layer mask and paint the effect into only certain areas of the image. I generally avoid applying the Orton Effect to the foreground as I find it more natural to have a subtle glow in the middle and background.

If you want extra control of the settings you apply to the layers, you can convert them to Smart Objects before adding the effects. This lets you go back and change the radius at any time.

The second way of adding the Orton Effect is in many ways similar. I told you in the beginning that there are many methods but at the end, it comes down to what you prefer.

Start by creating a duplicate layer. We don’t want to add blur directly on the background layer since we are making adjustments to the opacity.

Select the duplicate layer and add Gaussian Blur to it just as we did in the previous method. Next, create a Levels or Curves adjustment layer. There’s no big difference between Levels and Curves and both will work fine. Which one you use depends on which one you prefer to use for other tasks as well.

Personally, I’ve always used curves even though I, ironically, find Levels easier to use. 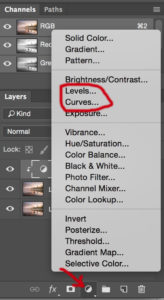 With the adjustment layer selected, increase the contrast similar as we did in the previous example. Remember that you can go back and fine tune it later on.

Before we start adjusting the opacity we need to create a clipping mask. Right-click on the curves or levels layer and select Create Clipping Mask. This means that the adjustment layer will copy any changes made to the layer beneath, which in this case is the blurred layer.

The final step is to adjust the opacity. This time we go back to the blurred layer and slide the opacity back to 0. Let your eyes adjust before you increase the opacity until you’re happy with the given effect. 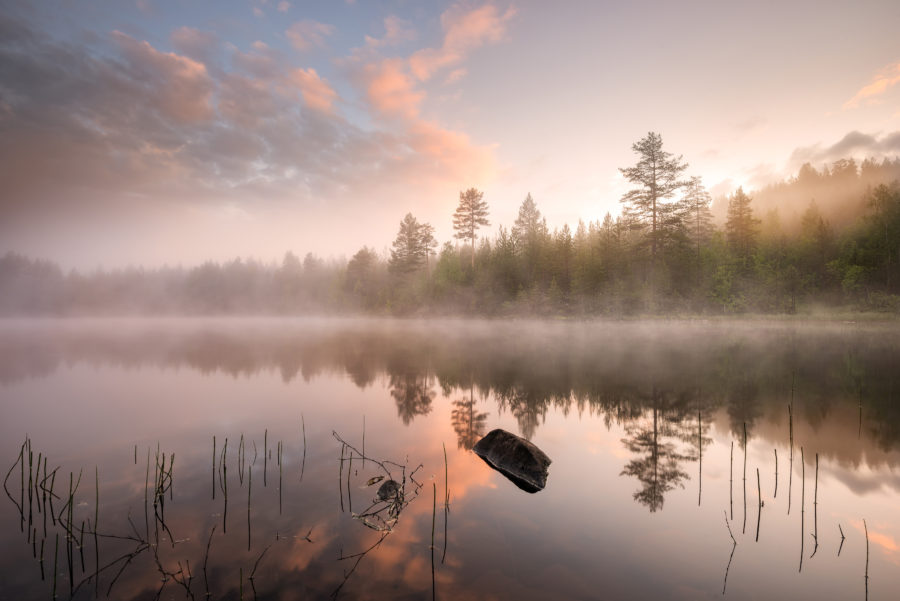 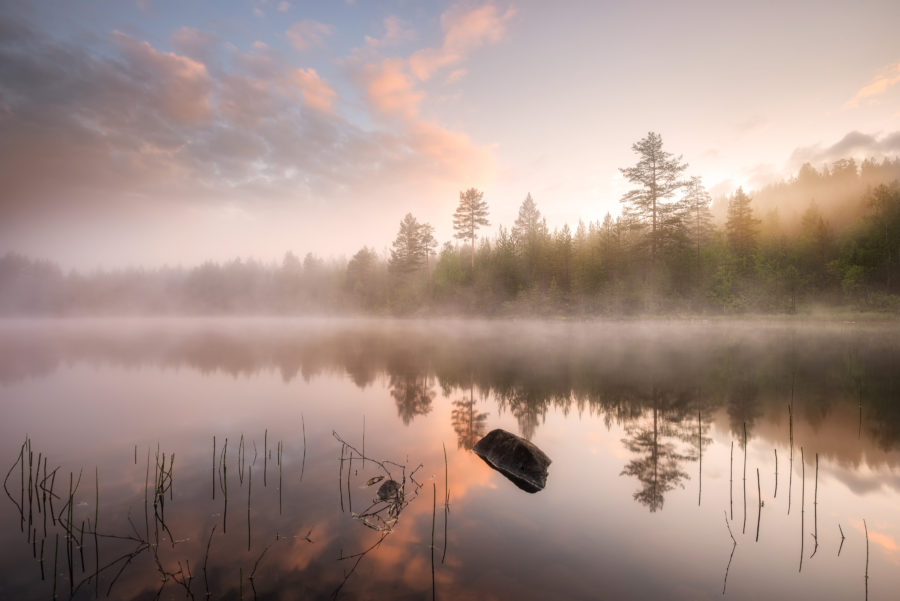 Even though the Orton Effect is relatively quick and easy to make, it’s always good to save some time by simplifying the process. You can do this by creating a Photoshop Action of the method that you prefer. That will allow you to create the effect later on by simply clicking one button.

If you choose to make an action, make sure that you convert the layers to Smart Object before adding the adjustments; that will let you fine-tune the settings to fit each particular image.

Another way to simplify the process is to use third-party panels such as Raya Pro. This is often easier and more professional than making your own actions and will speed up your workflow.

Do you have another way to create the Orton Effect? Let us know in the comment section! 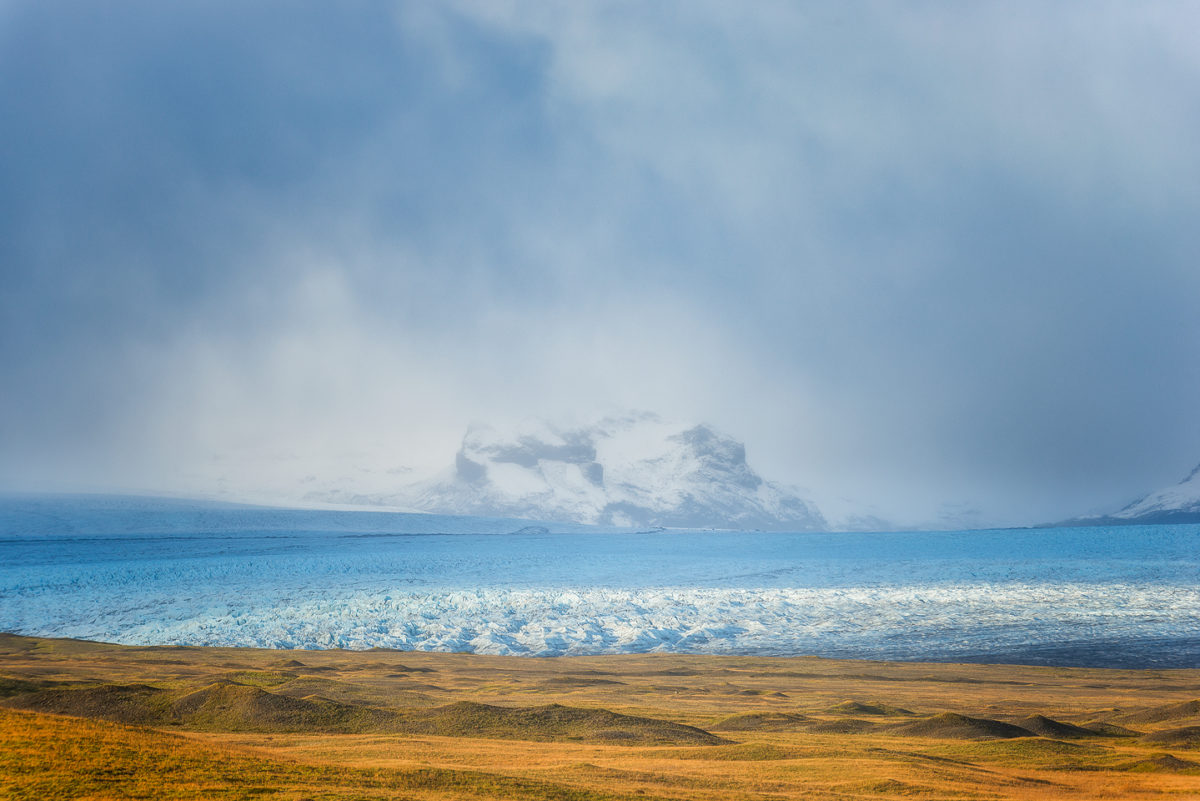