Home Inspirational Behind the Lens: When Bad Conditions Become Amazing 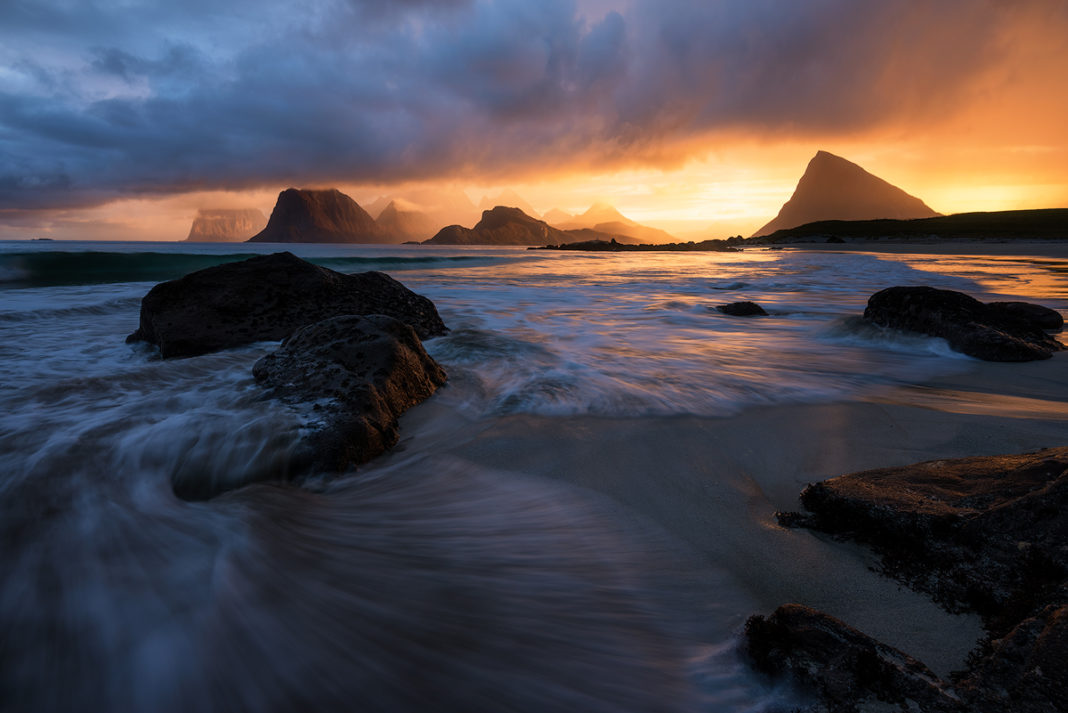 Every now and then you come across an image that makes you stop and simply stare in awe. American photographer Shane Wheel recently shared an image like that.

I’ve visited this location several times myself and despite being one of my favorite places in Lofoten, it’s not the easiest place to photograph. Personally, that makes the image even more impressive.

– This image was captured near the small village of Myrland while guiding a group for Lofoten Tours in Norway. We chose this location for sunrise due to the amazing view of the distant mountains and the direction of the sun.

Shane and the group arrived just as the Golden Hour began and they instantly started looking for compositions, even though the light still wasn’t ideal.

– I was looking for a composition that would have an interesting foreground I could use to pull viewers into the scene and lead into the mountains in the distance. I love seascapes and I often use receding waves around rocks or other objects to create leading lines. However, I didn’t like the way the waves were receding in this scene, so I decided to capture the waves coming in as they were creating an interesting curving line wrapping into the water, mountains and ultimately the golden light. 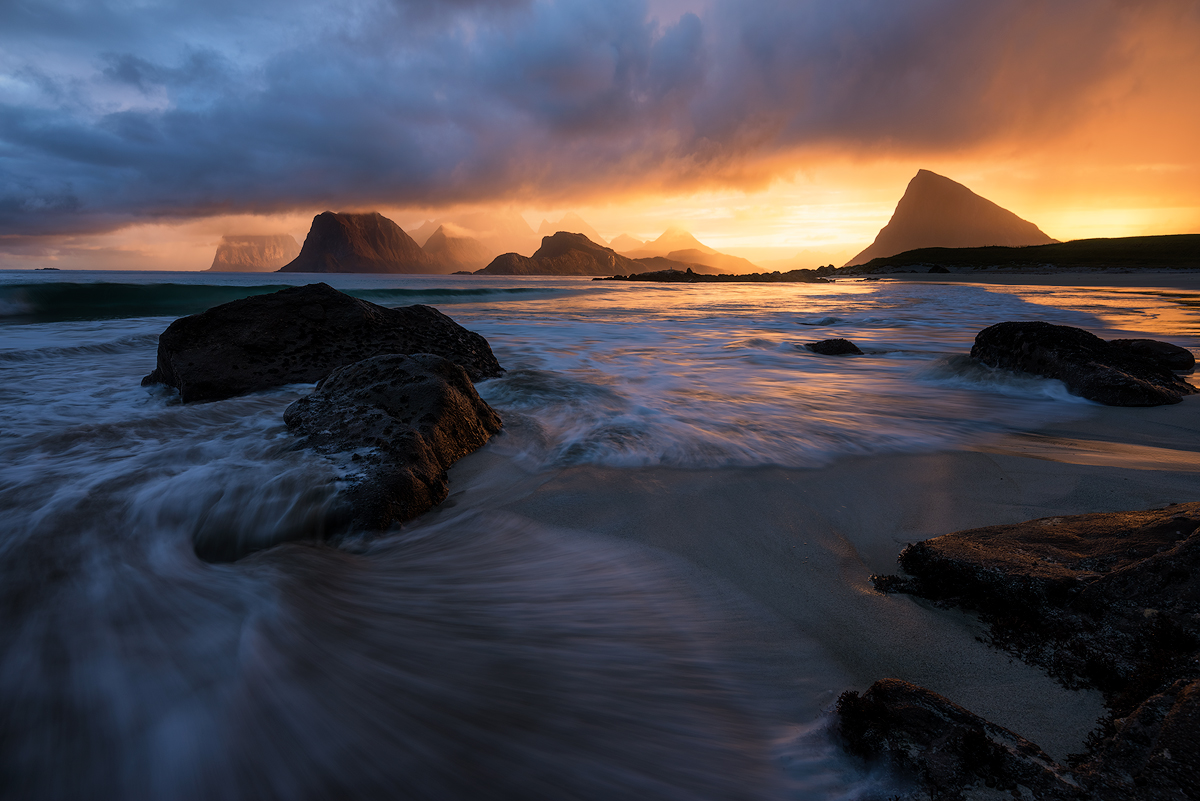 While finding their compositions and getting ready for the light to hopefully turn better, the exact opposite happened and a storm forced Shane to take cover from the rain.

– As I was solidifying my composition the incoming storm started to unleash and dump pouring rain on us.  I quickly realized that had left my rain cover back at home in the States while moving equipment from my backpacking bag to my main camera bag. I decided to grab my equipment and take refuge under the liftgate of our van until the rain passed.

However, as Shane took shelter beneath the liftgate, the light became

– While waiting out the rain, I was watching the light getting better and better. My excitement took over and I decided I needed to get back out into the rain, rain cover or no rain cover, to capture this moment. Even though my Nikon D810 is weather sealed, I figured it wouldn’t hurt to throw my lens cloth over the camera to at least help protect it from the rain as much as possible.

– The last element to this shot was timing the waves just right to capture the lines that I had envisioned earlier. I won’t go into how many shots it took, but let’s just say, it was more than a few. Although this process sounds very systematic, it can be easy to get caught up in the moment of such a rare and extraordinary exhibition of light and weather.  This was one of the best displays I have seen in quite some time.

As for the post-processing, Shane didn’t need to do much work.

– The post-processing on this image was very minimal as the light, storm clouds and scene created such an amazing atmosphere, not much help was needed with this image.

This just proves that even though it’s raining and the light isn’t ideal, it doesn’t mean it won’t be light. Only a small opening in the horizon can give some incredible light, especially when there’s a storm in the area. Patience is the key to capture beautiful images.

Many of you might be wondering about the equipment and settings Shane used to capture this extraordinary image, so I went ahead and asked.

Shutter Speed: 1/4 sec.
Aperture: f/8
Focal Length: 18mm
ISO: 39 (This is lower than the native 100 that I typically use, but I needed to use this to keep my shutter speed at 1/4 to capture the waves properly.)

If you want to see more of Shane’s amazing images, make sure that you visit his website, Instagram or 500px.