Home Inspirational Behind the Lens: A Cold Bavarian Morning

With winter quickly arriving in many places around the world, I’ve found myself spending a lot of time looking at cold, snowy pictures lately. There are so many beautiful images of winter but this particular image from Anne Schneidersmann stood out.

It’s one of those images that’s soft and peaceful but you can see just how much effort it took to capture it – you can feel the freezing temperature sneaking up on you. After coming back to the image a few times I reached out to Anne to hear about the story behind the lens. This is what she had to say.

Behind the Lens with Anne Schneidersmann

If there’s one thing you need to be as a landscape photographer, it’s flexible. Plans have a tendency to change on short notice and the weather is often to blame for that. Often, we need to change our plans due to bad conditions but this particular morning, it was quite opposite for Anne.

– I got up very early in the morning with the intention to drive to another location. However, looking out of my car I noticed this hut and the little canal leading to it in the dense fog.

– It was an extremely cold morning and the sky has a beautiful pink glow, which made this scene stand out. I immediately changed my plans, stopped next to the road and went outside to explore the scene in hope of a good perspective.

With the light quickly changing, Anne had to be quick in setting up her tripod in the deep snow to still catch the early-morning light.

– Because of this, and the fact that my fingers were freezing even though I had gloves, I forgot to change my aperture. Still, the image turned out nice with an aperture of f/5.6, so there wasn’t any real harm done.

After capturing the images she needed, Anne was ready to pack up her gear and head back to the car to get warm again. However, there was one issue…

– When I was done with the shot I realized that my tripod was frozen to the ground. I had a hard time lifting it up again and standing in the deep snow certainly didn’t make it any easier.

In this day and age, it’s quite normal to spend a lot of time manipulating images in a photo-editing program. This was not the case with this beautiful image from Anne.

– The main work was to reduce the dense fog and to lower the noise that was caused by it. I also wanted to reduce the heavy blue tint to give the image a softer feel. I did all of this by making a few adjustments in Adobe Lightroom.

– At the end, I retouched the open snow edge along the canal because I felt that the image looked better without the gap.

If you enjoyed this image, be sure to check out more of Anne’s work on her website, 500px or Instagram.

Are you prepared for winter? Are you ready to capture the beauty of this season? Here are a few articles to make sure you are: 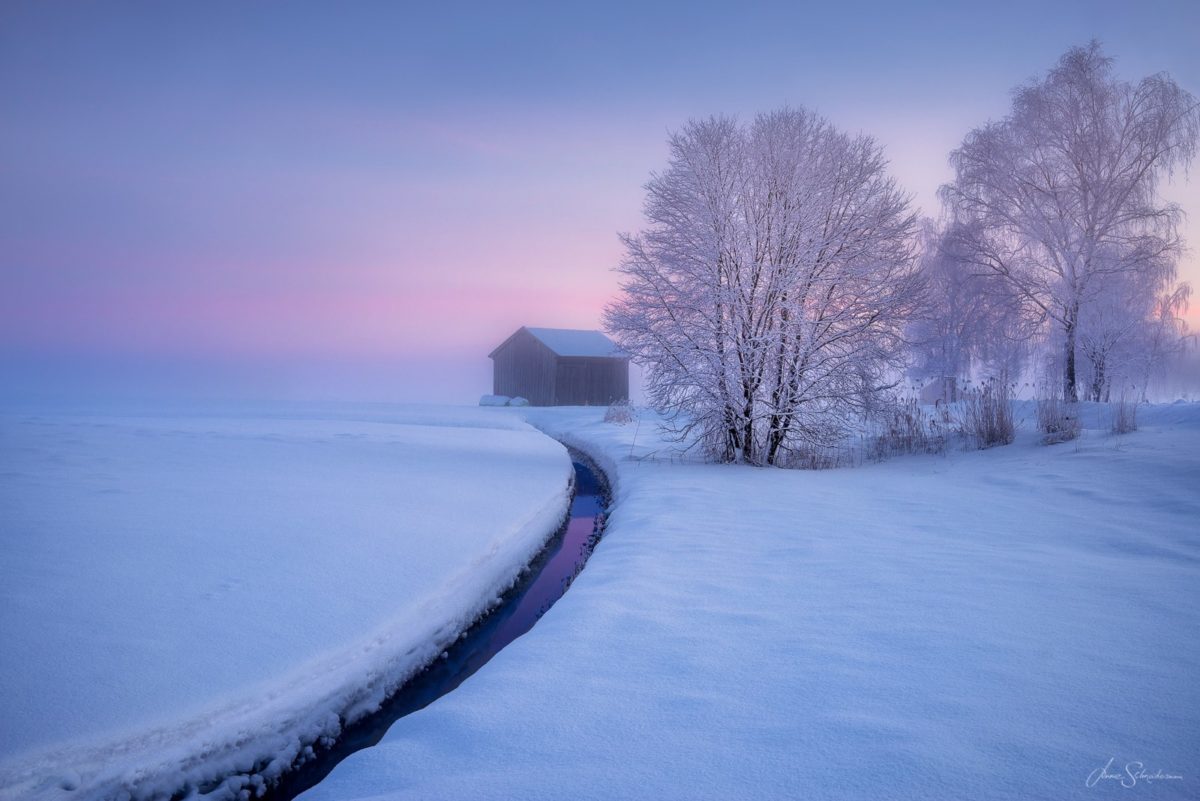 Patience: The Key Ingredient to Becoming a Great Photographer

Photographer of the Month: Greg Whitton