Home Inspirational Story Behind the Shot: Phantasm by Daniel Greenwood

The saying goes “A image says more than a thousand words” but don’t we all want to hear a few words about the image? In this new series we will meet some of the most inspiring landscape photographers and let them tell us about their personal favorite image.

Daniel Greenwood is an inspirational photographer best known for his creative vision and approach to photography. During the last year he has become well known throughout various social media and been a part of creating the Luminary Light Collection.

One of his most popular images, and among his personal favorite, is “Phantasm”. A image that has gone viral more than once since it was first published. This is Daniels words when describing the image:

This image here known as “Phantasm” depicts the very essence of my creative vision. At the time of capturing this image, I was still quite new with my camera. Back when I got my first full frame Canon 6D and back when I was constantly experimenting with new things. This location was one of those spots that I knew I would spend hours and hours learning to use my camera and its functionality. This is exactly what I did. Every passing day and night I would further my ability to use my camera and my creative vision at this exact location. It was just one of those spots that resonates with me so well the minute I arrive. This image here is the product of many hours of failed and successful shoots. This was basically the moment that I discovered how important it was to make a particular connection with a scene, and then share it with the viewers. I put a lot of my own feeling into the capturing and creating of this image. At the time I was feeling a lot of sadness and deepened despair so I did everything in my knowledge at the time to share that emotional feeling with my viewers. This is just one of those images that best portray a dramatic tale and I hope it resonates with my viewers the same way it did with me. I can get into a bit of detail as far as the technical side goes with this image. It was composed of multiple exposures pre visualised then manually blended in PS. 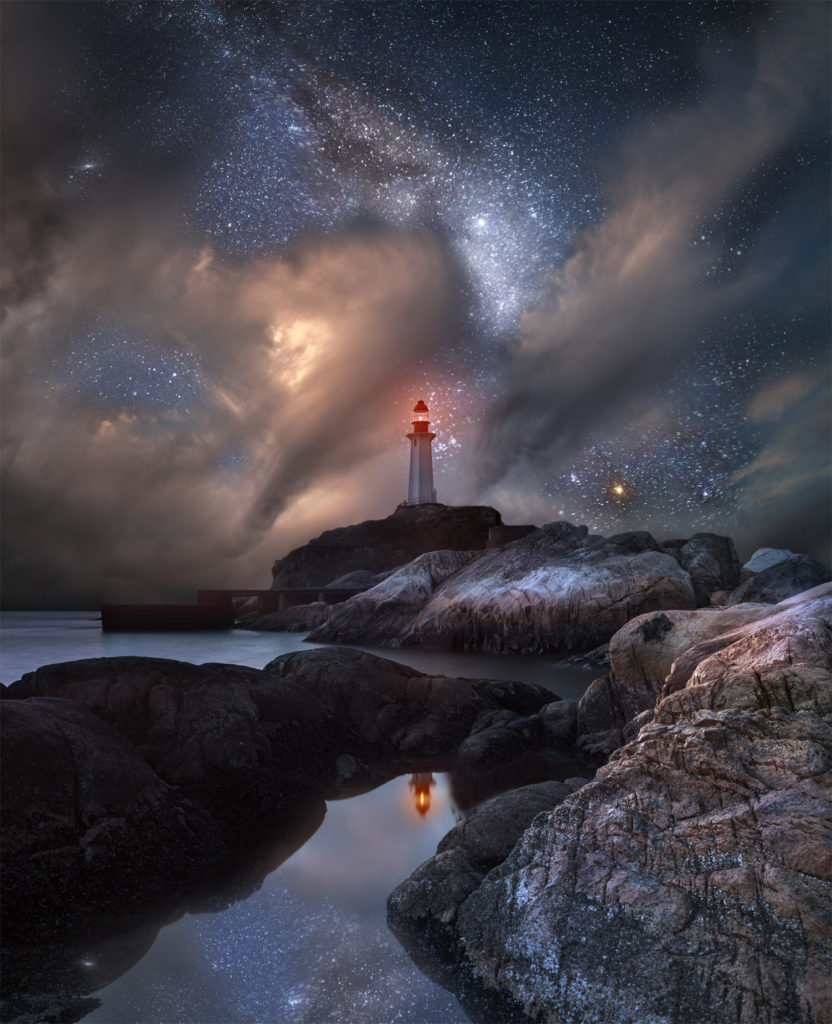