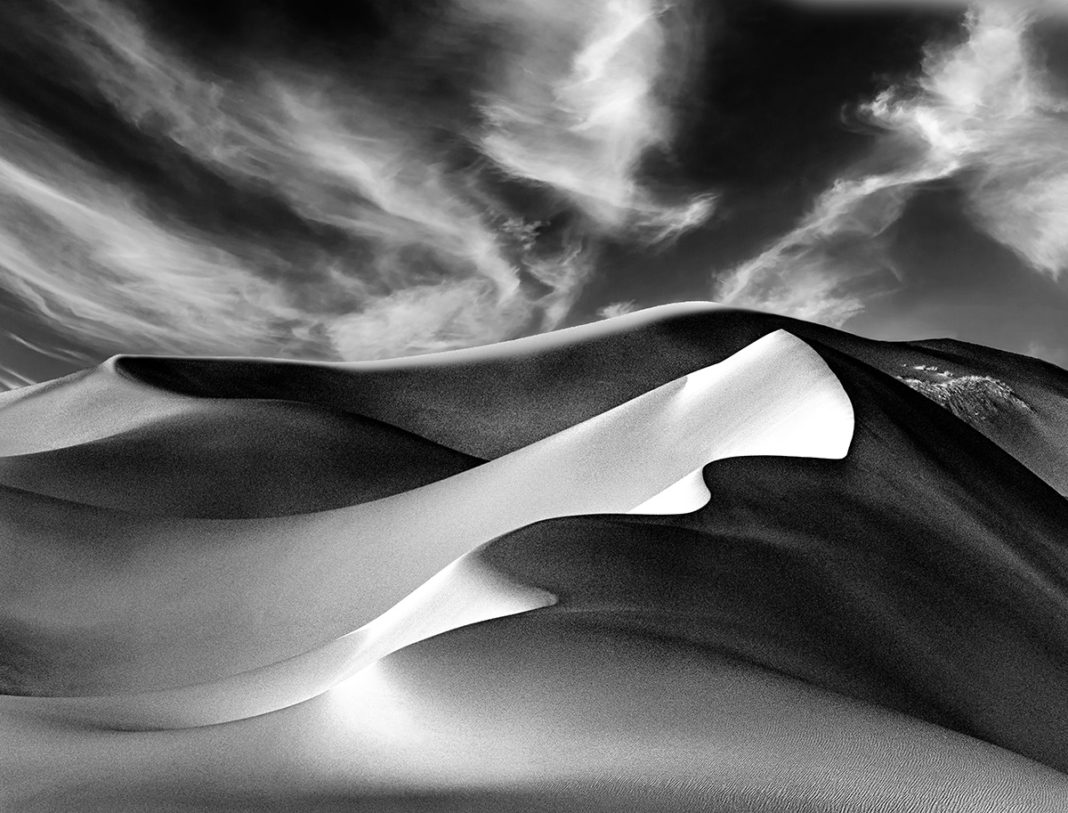 I’m excited to present October’s ‘Photographer of the Month’, Daniel Anderson! Daniel has been involved with landscape photography since the 1970’s and has had the pleasure of working alongside pioneers such as Ansel Adams.

In an era where it seems like quality comes after quantity, it’s refresing to see someone who’s approach to photography is more about the connection with nature than the likes it will generate.

I hope you enjoy this in-depth interview with American photographer and printmaker Daniel Anderson:

Thanks again for taking the time to do this. Could you start by telling us a little about yourself and how you got introduced to landscape photography?

Thanks so much for inviting me to be the Photographer of the Month on CaptureLandscapes. I came to photography in a bit of a different way. As a young man I was an enthusiastic rock climber and that fact influenced my photographic interests. They started when I went with my family to Yosemite National Park in the 1970’s along with a new camera that my wife insisted I buy to take family photos during our trip. I did that but also wanted to look through that lens at Yosemite’s walls and the climbing routes I had read so much about. That was the catalyst for the decades of landscape photography that followed. 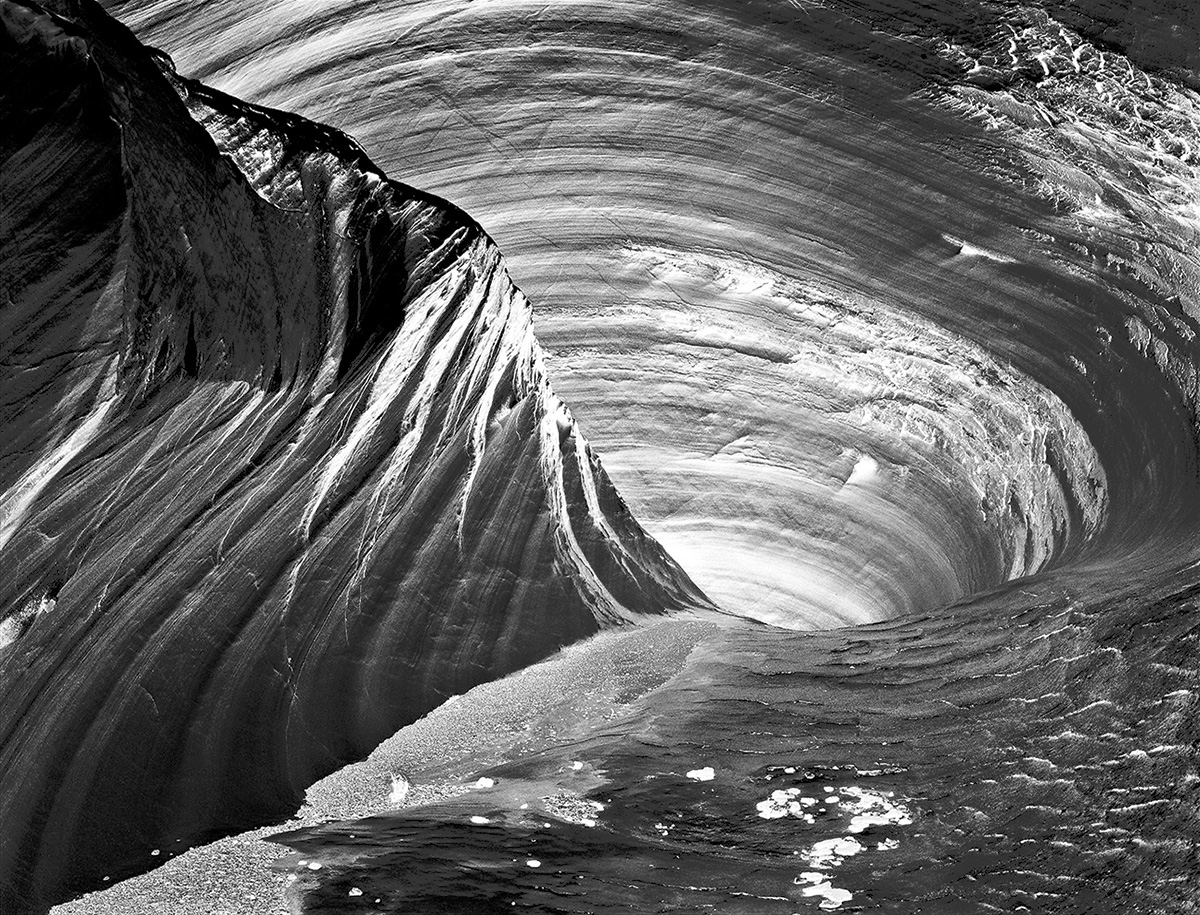 What do you look for when creating an image?

I look first for an emotional connection when contemplating making an image. Something has to make me feel strongly before I care about making an image. It often feels like a subject or landscape insists that I make a photograph and the more intensely I feel this, the stronger the image turns out to be. 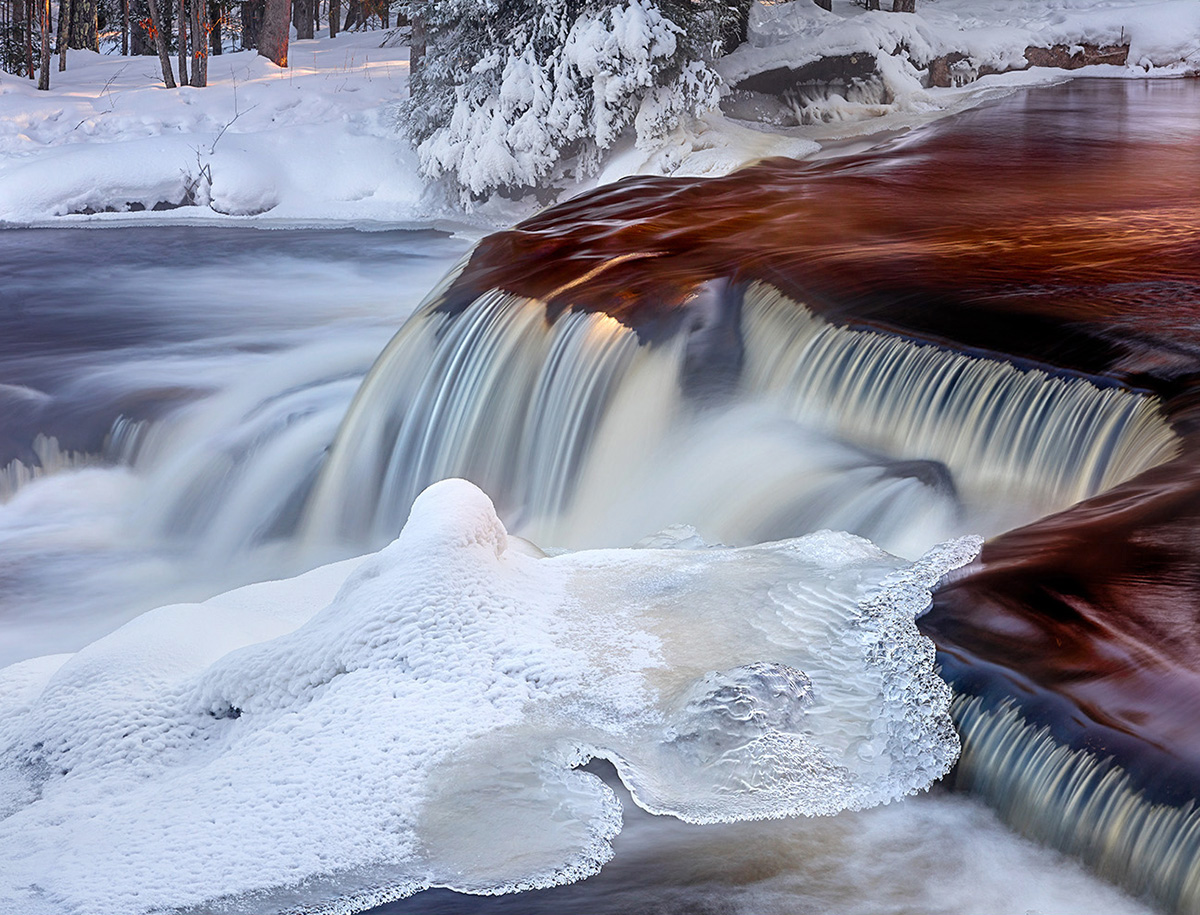 You’ve said that your “principal outlet for my photography has always been a physical print intended for folks to put on their walls and enjoy”. What is it about printing an image that appeals to you?

The physical print has always been the most important aspect of image making for me.  Remember, I am part of a generation where a print was about the only way to share an image with other people, so being a printmaker was the only way I could show others how a certain landscape made me feel and try to lead them to feel the same emotions I did. 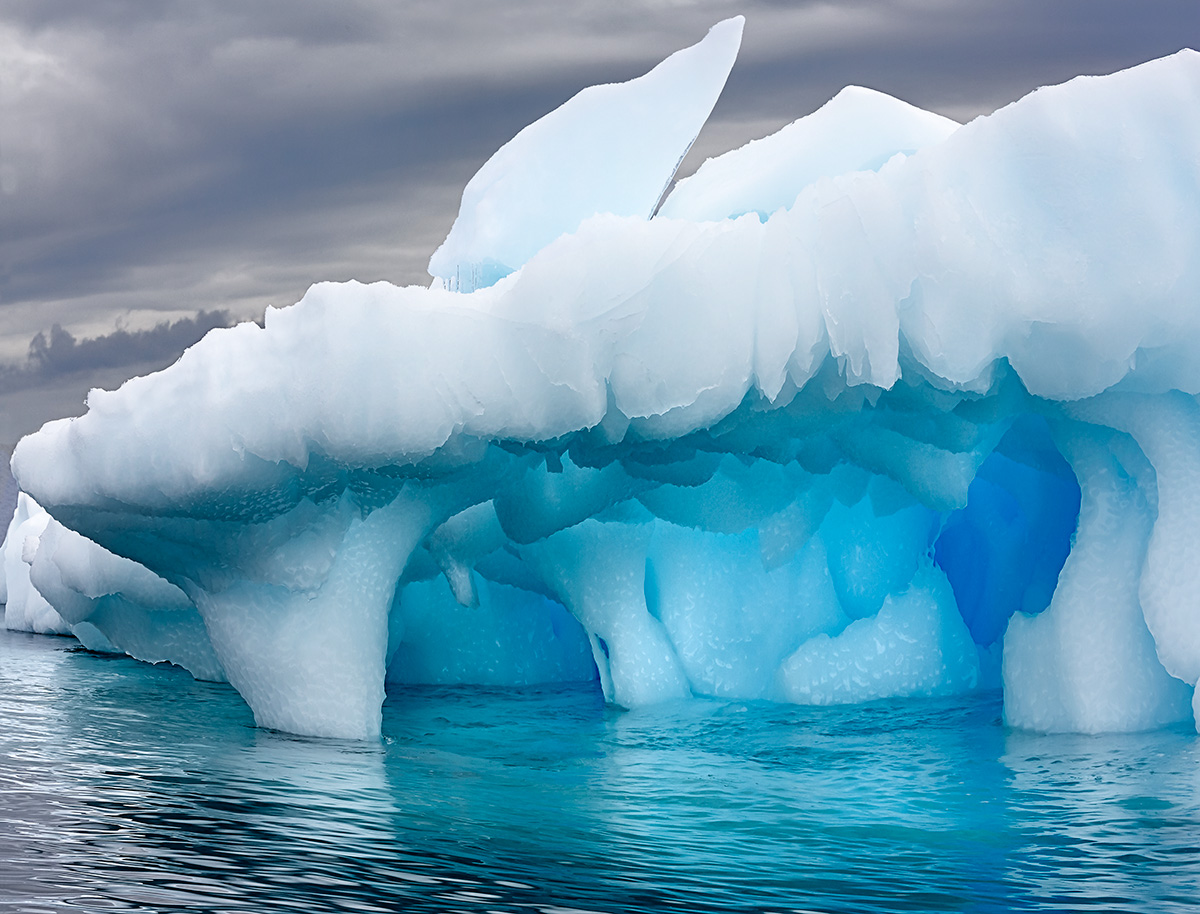 When I spent time with Ansel Adams it was very clear to me how his ability to “play” the negative to others in print form delivered his intent. His influence taught me that my job as a printmaker was not to just show people what was in front on my camera but it was to show them by whatever means I could in the darkroom – and now with my computer – exactly how I felt about a subject and why it was so important to me.

Following up on the previous question, why do you think printing should be a part of a photographer’s workflow?

Actually, I am reluctant to insist that printing has to be part of a photographer’s workflow.  It certainly is the most important part of my workflow but I am uncomfortable telling anyone else what they should or shouldn’t do. I resist anyone else telling me what I should do, so I certainly shouldn’t do it either.

My personal attitude comes from my early days as a photographer where a physical print was my only way to share my vision with other people and I still love to see photographs in print form. That is why I have a fairly extensive collection of prints by other photographers that I admire. I still add to my collection when some image calls to me. 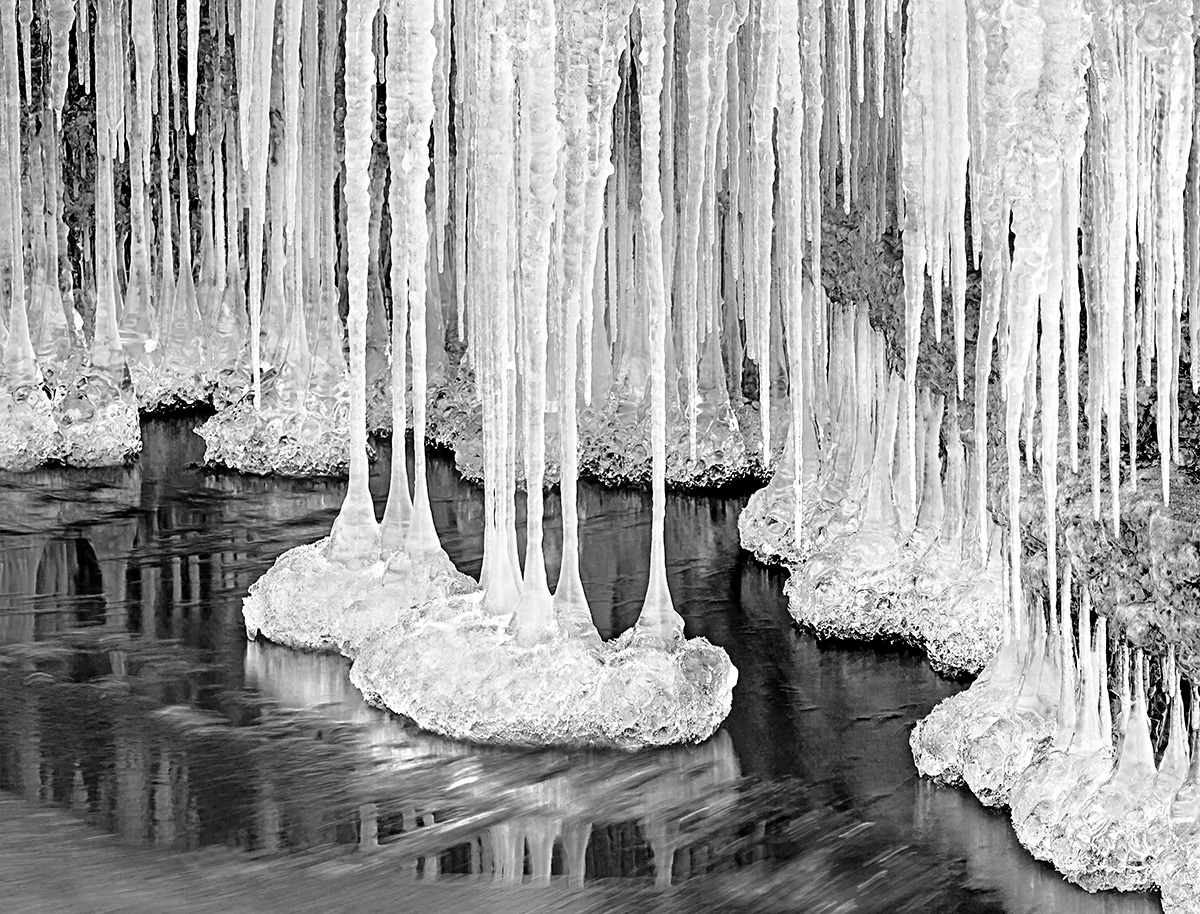 However, crafting a print that has the same emotional feel as my monitor image is a difficult and often frustrating endeavor. Because it is a reflected light image, a print is a totally different animal than a monitor image and it needs to be edited very differently.

You’ve come from using an 8×10 view camera but was an early adapter to digital photography. What are some of the major differences (both positively and negatively) that you’ve noticed after this transition?

With respect to either film or digital processes, I have never cared about any specific process for its own sake, only whether that process could aid me in expressing myself more effectively.

Early in my transition, the digital printing process was much better than early digital camera captures so I continued to use large format film and scan it to a digital file that I then printed. Eventually, digital cameras caught up to the resolution standards I had set for myself and I made the complete transition to the digital world.

Today, I believe that my current camera exceeds the qualities that I enjoyed with my large format view cameras. In the early days of my transition from film to digital that began around 2000, there were many negatives but by far the most important positive aspect of the digital process was the increased control I could now have over the interpretation of either my film or digital captures. 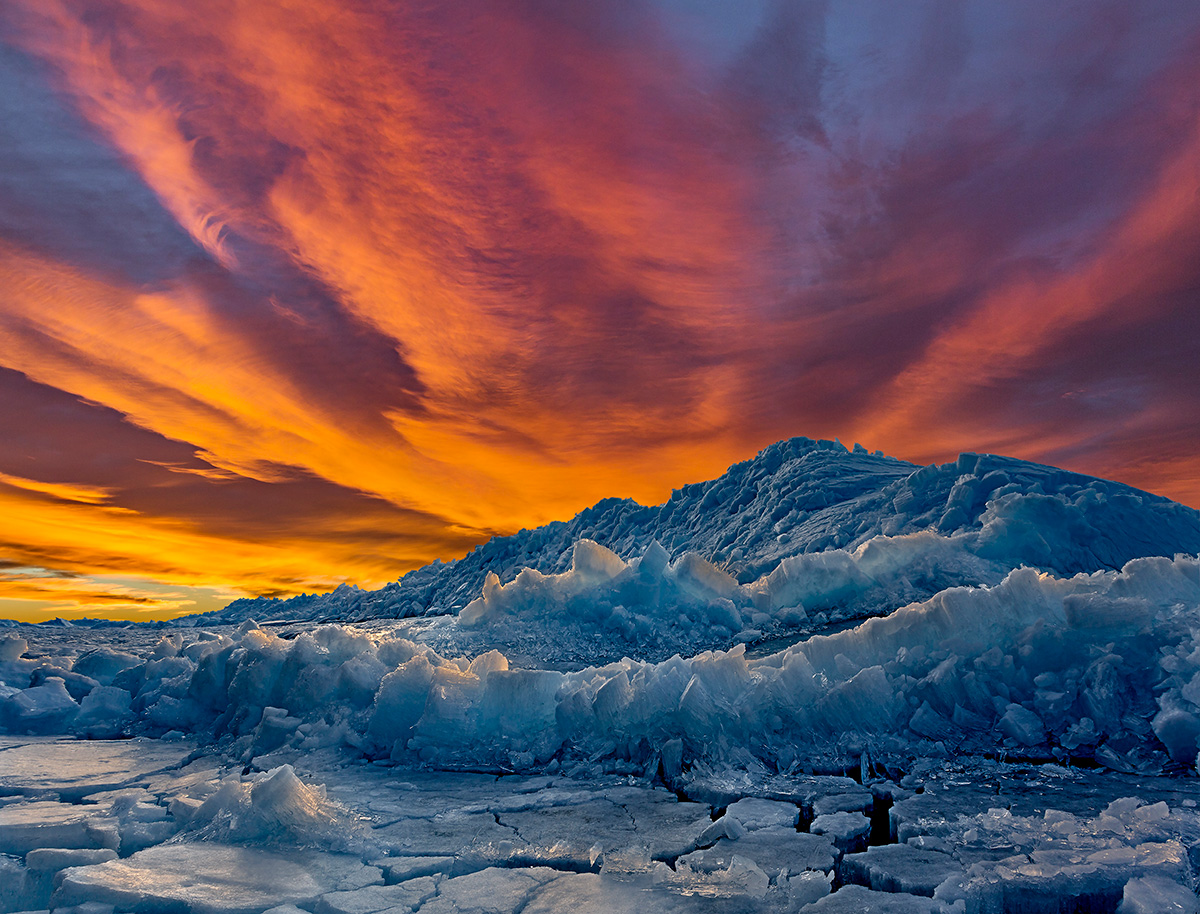 Another big positive for me was the digital process now allowed me enter the world of color. In the film era, I was never able to make a color print that satisfied me so I limited my work to black and white.

One early digital camera frustration was that they lacked the depth of field capabilities that my view camera movements afforded. Early on though, I discovered how to get around that issue with the use of focus slices or focus bracketing and now I can control depth of field issues more effectively that I ever could with my 8×10 view camera.

You’ve had the opportunity to work along and study with Ansel Adams and other masters of photography; how has this impacted your photography?

There is no question that it has had a major influence on many aspects of my work. Even though Ansel Adams was the only one I met and spent time with, the work and writings of Minor White, Brett Weston and Paul Caponigro were also big influences for various reasons. 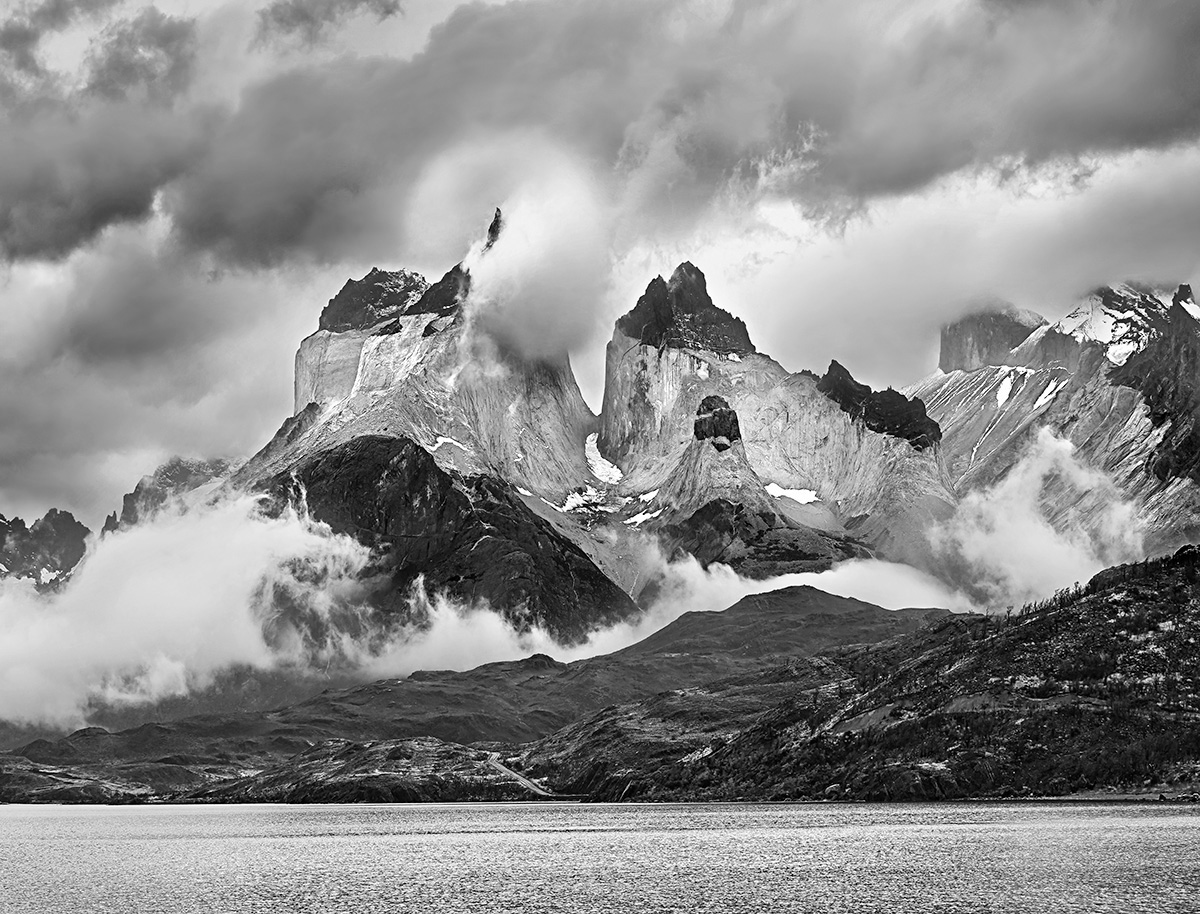 I was a beginner with no preconceived ideas on what should be done other than responding to what moved me emotionally but I was a willing listener. Perhaps most importantly, I learned what could be done – what expressive possibilities existed that hadn’t occurred to me to consider. I looked at their work and saw how they used different areas of the tonal range to build emotions into their images. I saw how each used the tonal scale in their own way and started to realize why they printed the way they did and the reasons why their work looked the way it did.

I listened to Ansel explain why and demonstrate how a print evolved through iterative stages into the final famous version that was now familiar to everyone. Those lessons in how to think about and plan how to express ones vision are still guiding my work to the present.

You’ve been offering photography workshops since 1984; have you noticed any big changes in the industry since then?

The biggest change is really the number of photographic workshops that are offered. There were relatively few available in the 1980’s when I began to offer them but now there are so many available that choosing the right one is hard. If you add the number of wonderful tutorials offered on sites like YouTube the amount of instruction available can be overwhelming and nobody can take it all in. 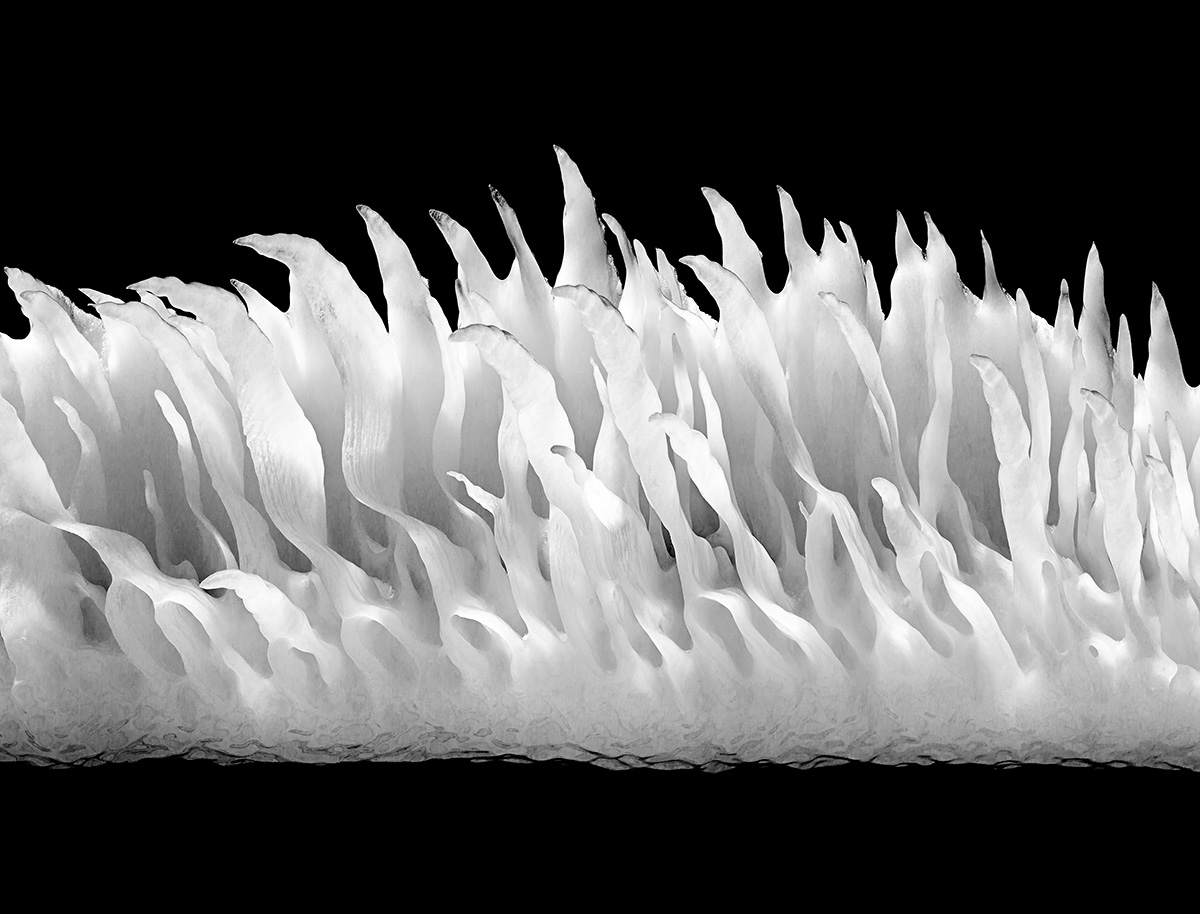 What are your top 3 tips for someone who’s just getting started with photography?

That is hard! I guess the first thing is to figure out what you like and concentrate on making images of that. Don’t let others tell you what you should photograph. I am of the opinion that you can’t make meaningful fine art photographs of someone else’s interests, so make images of what you want.

I would also stress that it is very important to ask yourself why you are making this photograph. What about this composition made you set up your camera and how can you express yourself in the strongest way possible. So analyze why you are making a specific image. 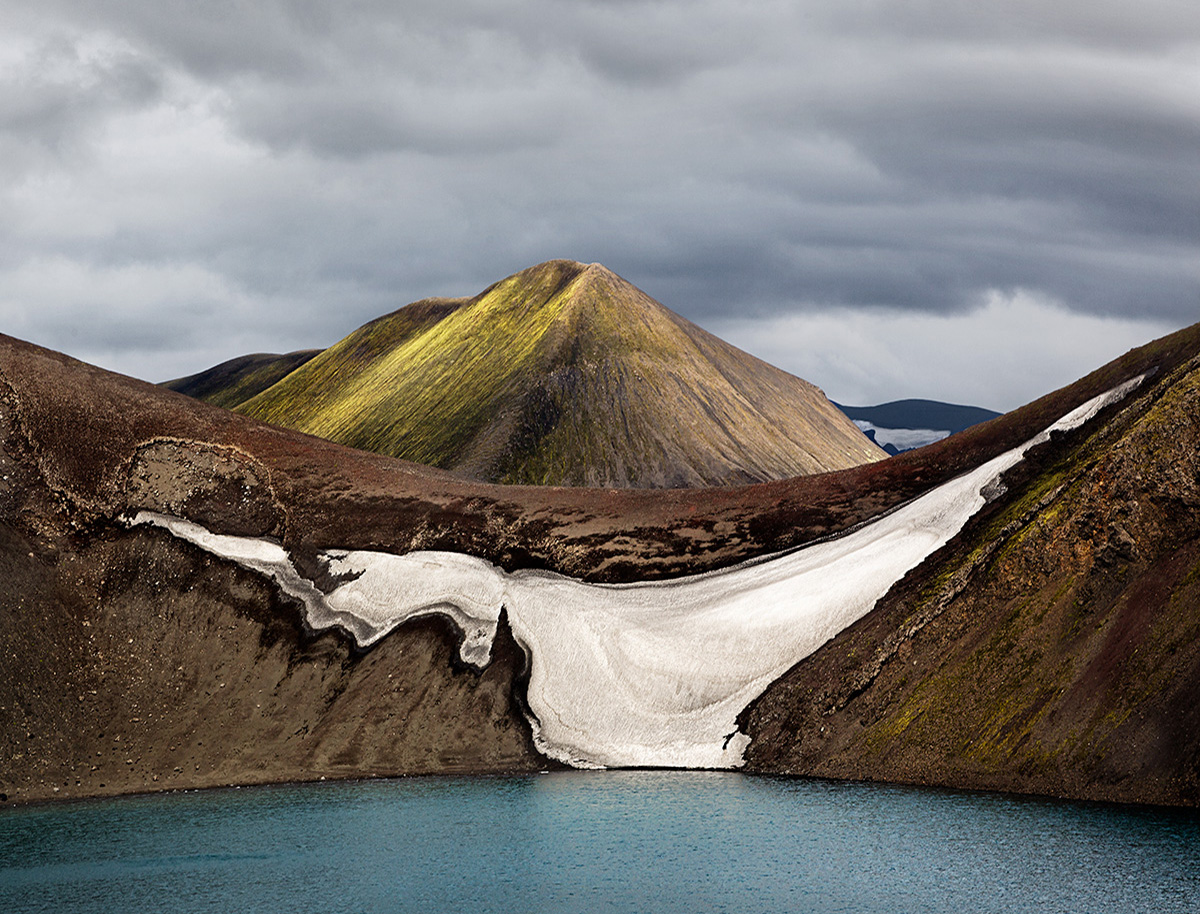 I would also suggest working in series form. Find a subject near where you live and work it in depth over time and different weather conditions and see how much you can say about it in a series of related images. I am fortunate to have discovered several image series right where I live that I return to whenever conditions are right.

What is one piece of equipment you always have in your camera bag?

Well, it is a little silly, but it is my viewing card that I use for composing an image. It is a holdover habit from my view camera days when it was really critical but it still seems to be an important compositional tool for me and I use it always. 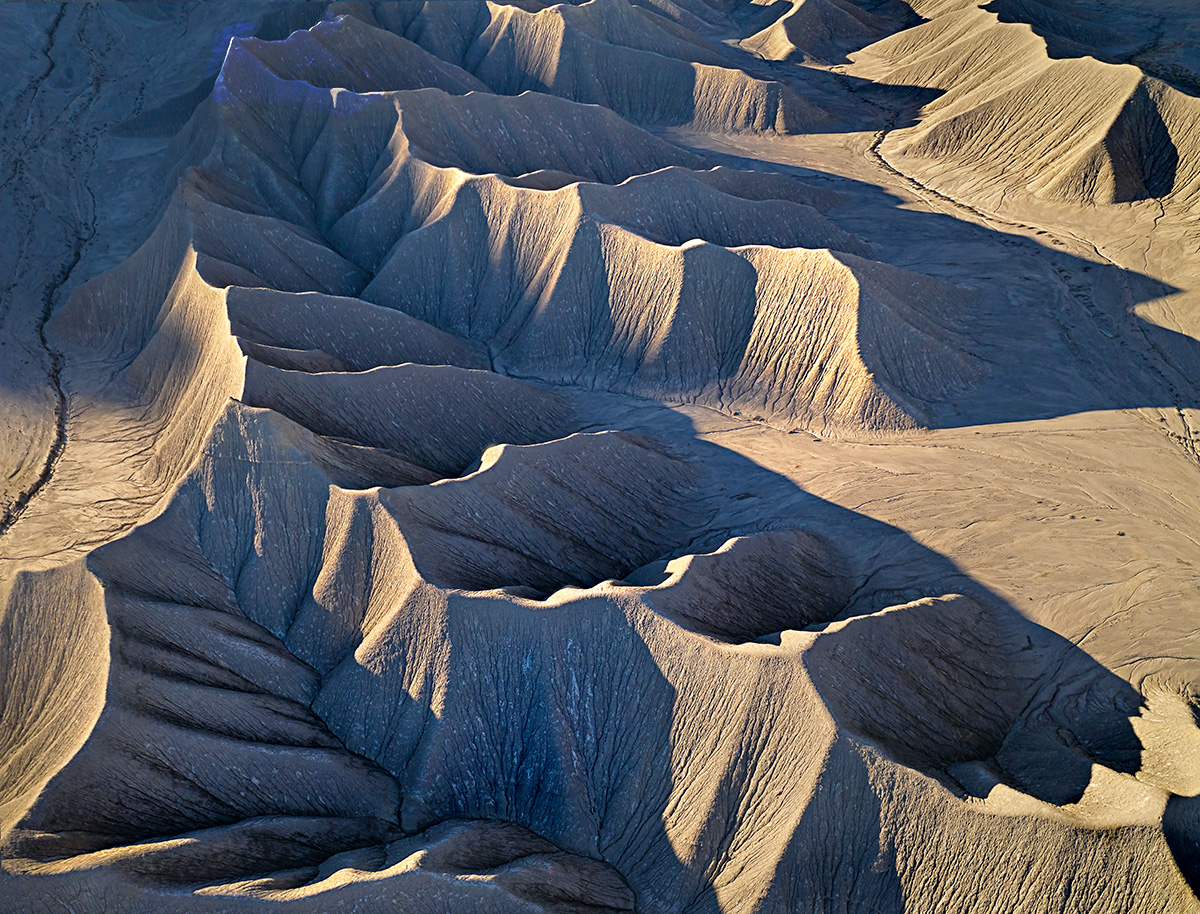 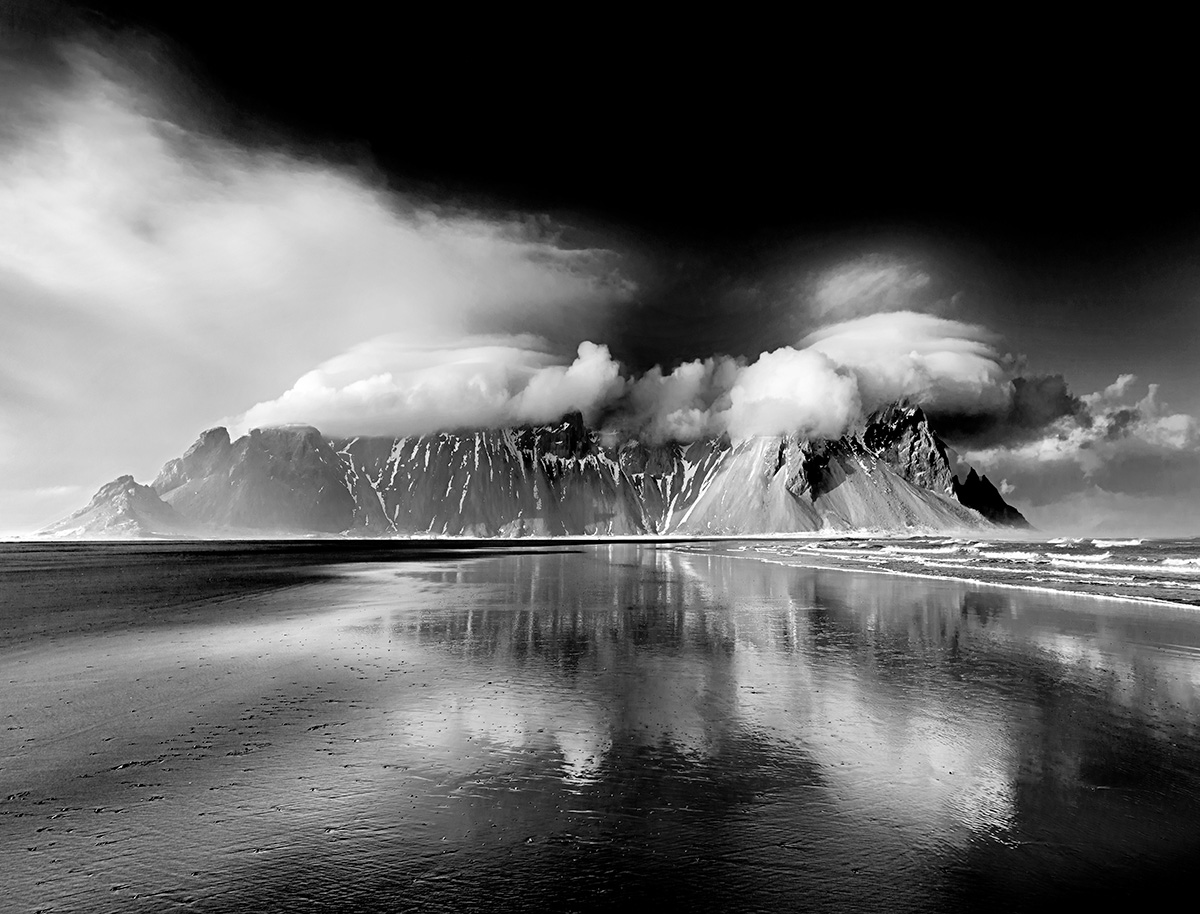 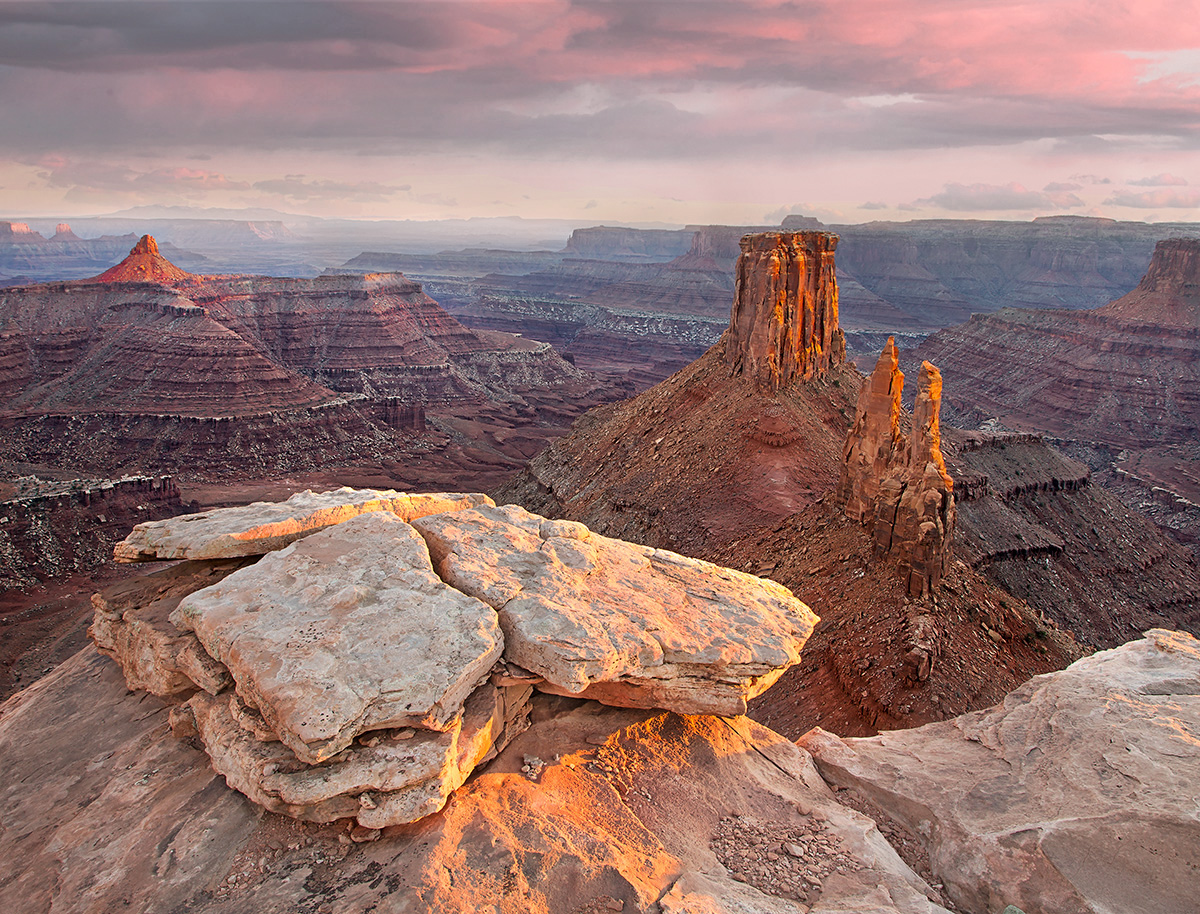 Editors note: Thanks again, Daniel, for taking the time to do this interview. Be sure to visit Daniel’s website and Facebook to enjoy more of his stunning work.