Home Photography Tips How to Avoid Crowds at Tourist Traps 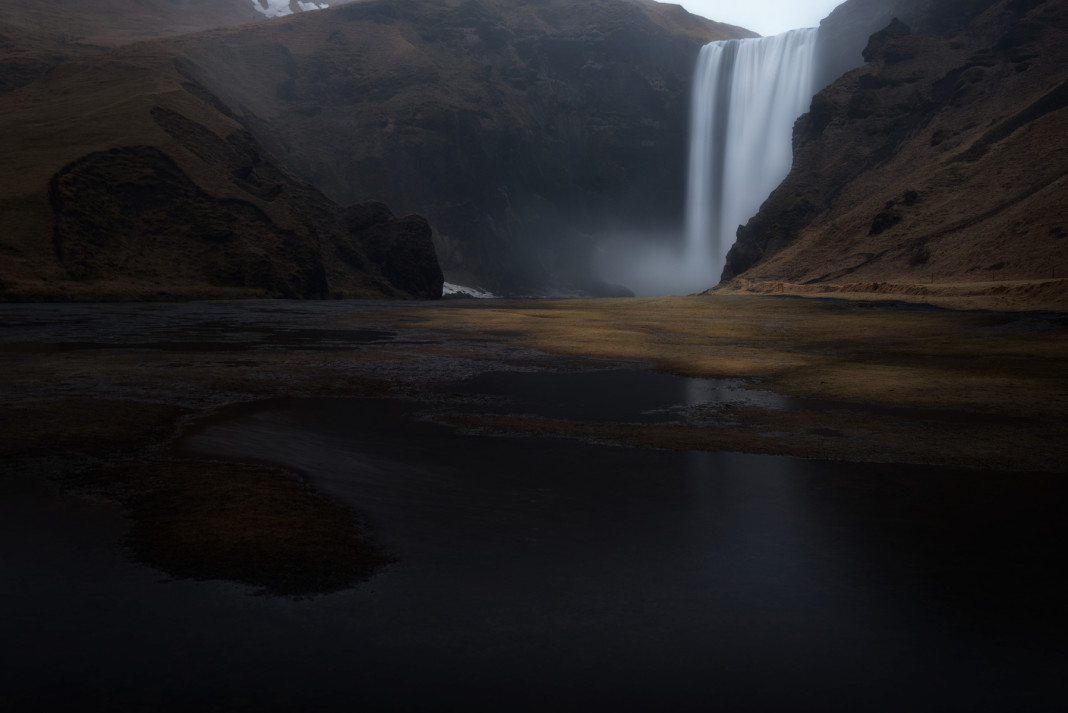 If you have ever photographed popular tourist destinations you know how challenging it can be to get a good shot with so many people walking around. No matter what direction you face there’s someone in your frame and at times the composition you desire might even be unreachable.

Personally I’ve been at gorgeous locations where I’ve had to leave back towards the car empty handed due to the location being too crowded. I might take two snapshots with my phone just for the memory and walk slightly irritated away, even though the scenery was beautiful.

This happened to me only a few weeks back on Iceland when I visited the famous Svartifoss. Even though the roughly 40 minute long hike is considered challenging by some, I was amazed to see the amount of people surrounding the waterfall and the bunch of tripods placed all over. I could only dream about ever getting a shot from the spot I had previously planned since a group of people had claimed this their territory.

However, there are ways to avoid crowds and enjoy these famous locations alone. It all comes down to planning and prioritising.

Be Wise About the Hour

As photographers we know that the best time to photograph is during the Golden Hour; the time of the day where the suns position on the sky is at the lowest. This creates a soft light which is ideal for photography.

Most tourists aren’t photographers and prefer spending a few hours extra in bed and having breakfast at the hotel rather than waking up early and arriving a location before sunrise.

It’s rare to meet large crowds at this hour but you might meet a happy camper or two. The few times I’ve met non-photography tourists this early they have been very aware of not getting in my way – and I’ve been careful not to get in theirs.

The first busses of tourists normally start arriving about an hour or two after sunrise (depending on where in the world you are and what season it is), so you have a lot of time to enjoy the location and get the shots undisturbed.

While the crowd may be larger during sunset than sunrise this is another time that you might avoid the largest crowds. While most people are awake by sunset many prefer to head back towards the hotel or to a restaurant for dinner at this time.

If you are close to a larger town you should be aware that the crowds may get even worse during sunset than during the daytime, as it is after all quite romantic to view the sun setting with a loved one. On locations that require some driving or hiking you might find that the crowds get thinner throughout the day and by sunset most people have left.

Even though more people are out for sunset than sunrise the possibility to avoid the biggest rush of people is high.

Be Alone With the Stars

Landscape photography during nighttime can result in both interesting and unique images. If you’re not afraid of walking around in the dark, nighttime photography is something you often get to do without being bothered by any tourists.

It’s rare to meet anyone else unless there’s a special astro event ongoing. At this time most people are a sleep or having a cold one at the bar.

Plan Your Visit to the Low Season

There’s no doubt that some places are best to visit during certain times of the year. Want to photograph the Northern lights on Iceland? Winter is the time to be there. Tulips in the PSNW? Spring. However if the main purpose of your trip isn’t these happenings, most places have much to offer year around!

By visiting the coast of Norway during winter you might be rewarded with epic storms, great waves and a huge variety of lightening conditions. Best of all? You may enjoy these views without worrying about crowds of people.

I believe that every country have great possibilities regardless of the season. Another perk of visiting during low season is the fact that you get to take different images than most others. Perhaps you even discover new locations too.

Go Further than the Crowds

The third and final tip on avoiding the crowd at touristic places is to go a little further. Something I often see is people driving next to a location, taking 5 steps out of the car, grabbing a shot or two and then leave.

In the article My Most Important Tool for Photography we talked about creativity and how to try what others don’t. If everyone is photographing from the parking area, why not explore the places around? Often you don’t need to walk more than a couple minutes away before you get a view most tourists never see. 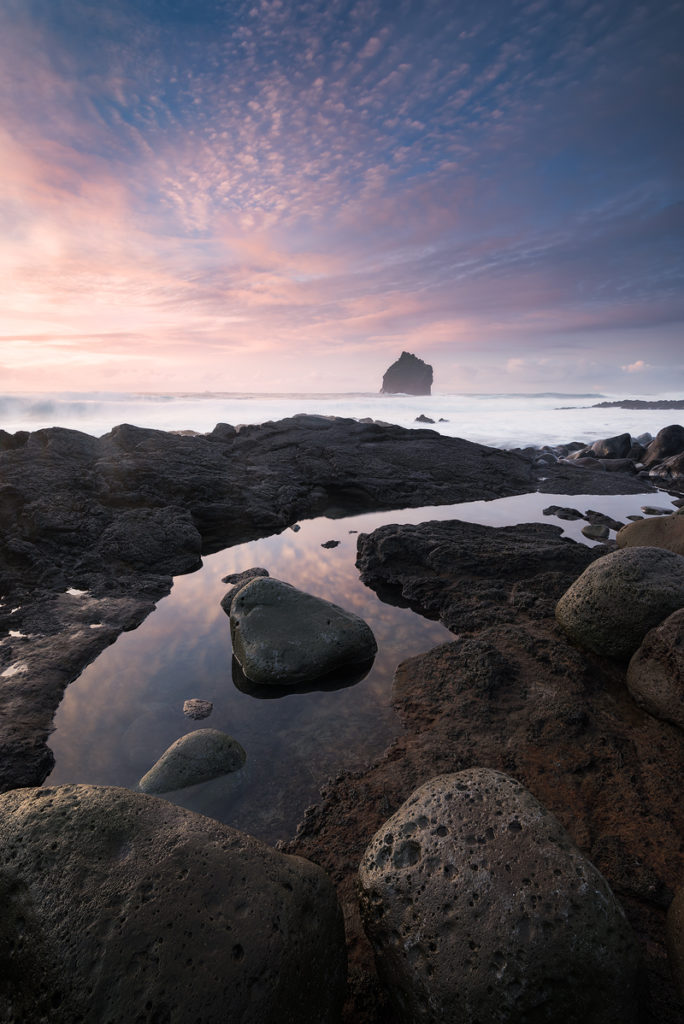 An example I often use when talking about this topic is when I visited the Reykjanes Peninsula on Iceland last New Years. As the sunset was becoming better and better people started arriving the parking area located on the cliff. A few photographers set up their tripods and others brought their selfie stick to more or less the same spot.

Since I arrived a bit earlier I already had a few shots from that location so I decided to rather than capturing the same as all of them, I would go explore the area. I climbed a couple meters down a cliff behind us and began walking along the rocky shore. The images I ended up with was something I hadn’t seen before (not meaning it’s never been done) and I felt satisfied capturing something unique from such a popular place.

I think most of us have felt the frustration with tourists flooding idyllic locations and I’m sure tourists have been frustrated with us photographers trying to get our shots too. It’s important to share the space and let everybody have a good experience enjoying the scenery, regardless if they have a camera or not.

When you are planning a photography trip keep in mind which places you want to see without dealing with the crowds. These are the spots you should visit early in the morning or late in the afternoon.

Do you have any other tricks to avoid the crowds at popular locations or how to avoid getting tourists in your image? Let us know in a comment! 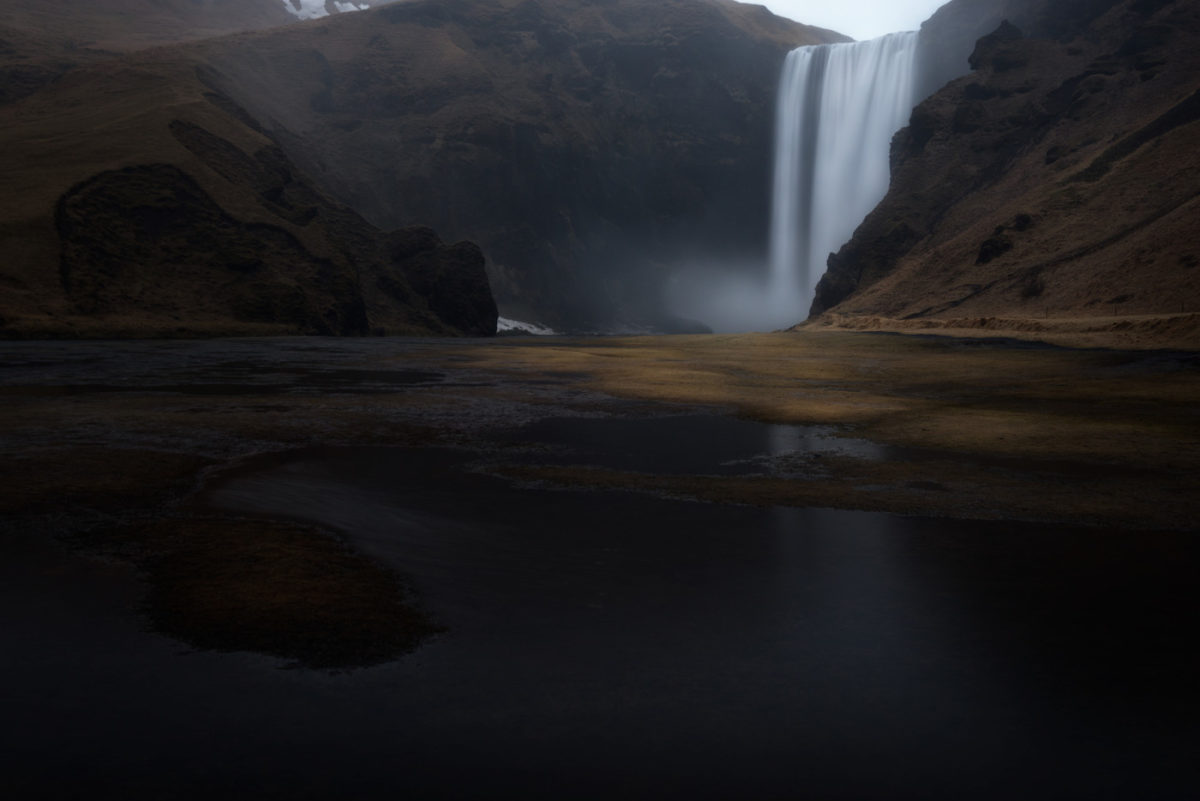