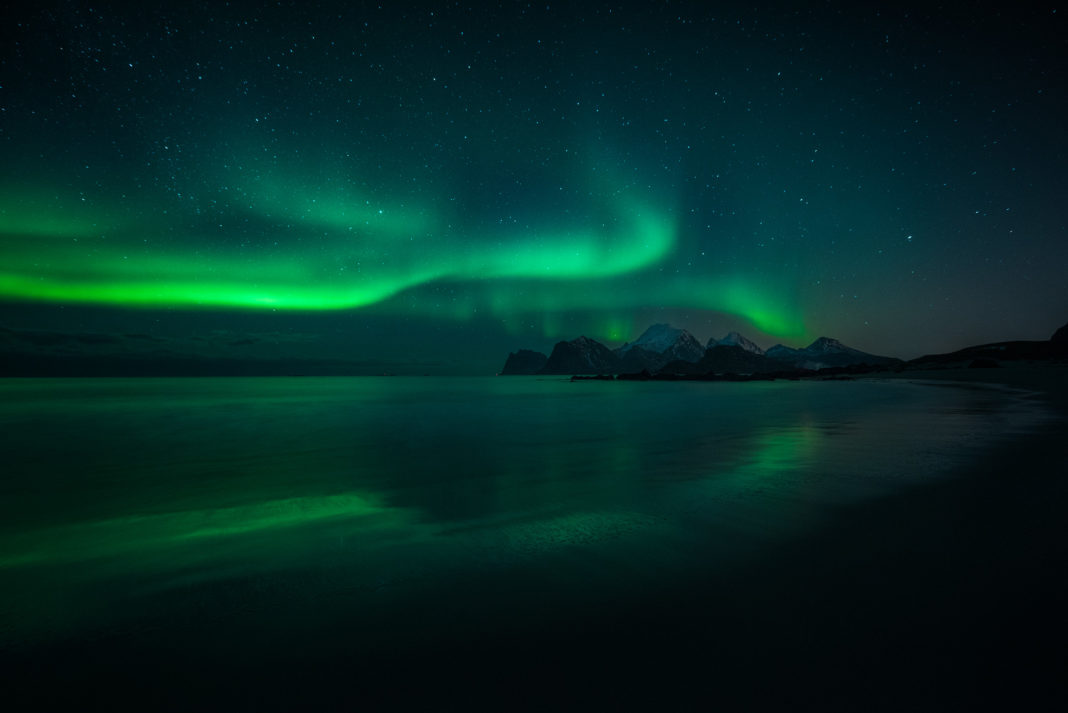 Photographing Northern Lights is something I wish every photographer can experience at least once in their life. Standing underneath a green sky that’s elegantly dancing is something you’ll never forget.

But it’s not as easy to photograph as you might think. In fact, it’s quite different than ‘regular’ night photography.

I’ve previously written about how to photograph Northern Lights where I taught you how to predict the Aurora Borealis and how to choose the ideal camera settings. This article, however, will look at 4 untold tips for photographing northern lights that will lead to more impactful and notable images.

The composition is one of the key elements in a good photograph. For Northern Lights photography it’s no exception.

I’ve led several workshops beneath the Aurora Borealis and there’s one thing that usually happens: the participants’ first instinct is to tilt the camera upwards and include as much of the Northern Lights as possible.

While I fully understand their excitement and urge to ‘capture it all’, I try to emphasize the importance of having a solid composition; the image has a greater impact when incorporating the Aurora Borealis into a balanced composition.

Take these two images as an example:

It’s easy to get overly excited when it’s your first time photographing the Northern Lights but I urge you to work on the composition (at least after ‘snapping’ a few shots for the memory book.)

Patience is the Key

It’s no secret that landscape photography is a game of waiting. Either there are too many clouds, not enough clouds, the tide is too high or the trees aren’t colorful enough. Experienced photographers know that you need to wait for the best conditions.

For Northern Lights Photography you also need to be patient but for a slightly different reason.

Let me take you back to one of my workshops and tell you about the second most common behavior I notice amongst the participants:

Once the ‘show’ begins, they run everywhere and constantly change their compositions.

What makes a good Northern Lights display so fascinating is that it quickly moves across the sky. At one moment it’s active in the north and only 30 seconds later it’s dancing in the south.

Trying to keep up with its direction at any given time can be nearly impossible… In fact, it’s a guaranteed way to miss the best shots. 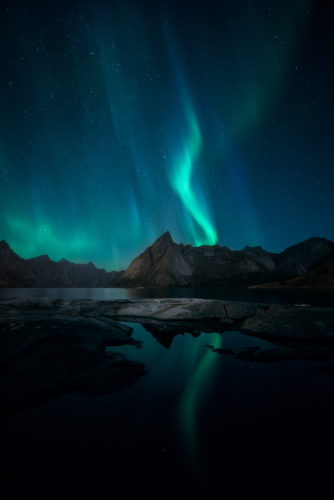 Commit to a composition instead of running around like a headless chicken – at least for a while!

If you’ve got a good composition facing north and there’s been a good display in that direction, don’t panic when the sky suddenly starts dancing behind you. When the show re-appears in the north, you’ll be happy that you committed to the composition.

An option is to mount a second camera facing another direction.

Again, the Northern Lights change quickly and that’s not only in direction but also in intensity, color and most importantly, brightness.

I frequently preview my images on the camera display to make sure that I’m not either burning out or underexposing the images.

You need to adjust the shutter speed (and possibly other settings) when they become more active and brighter. Forgetting to do so will result in the image being incorrectly exposed. 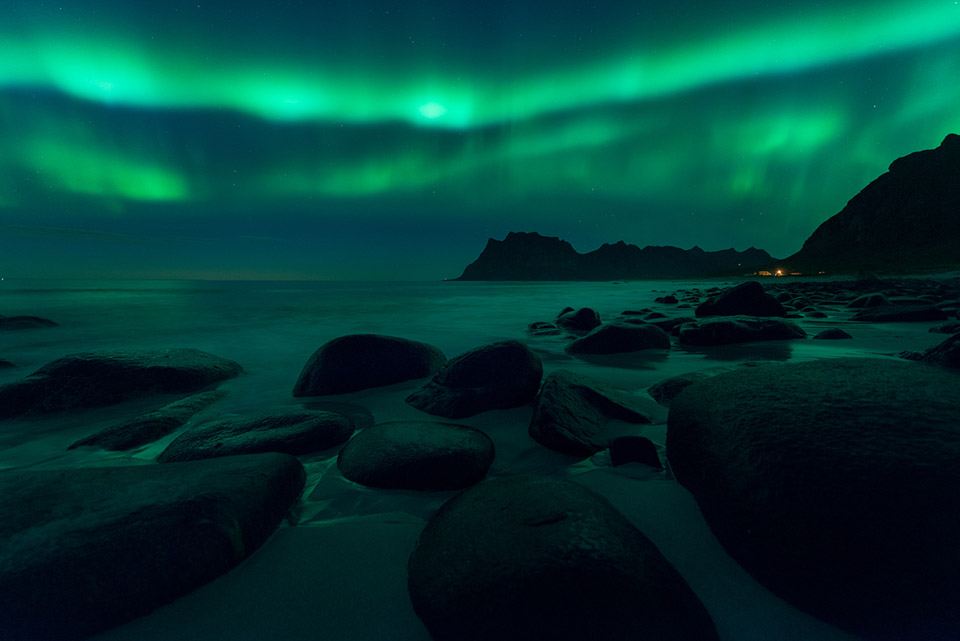 It can be hard to get an accurate preview due to the contrast between your camera’s LCD and the dark night. I recommend setting the monitor brightness to -5 (or the lowest possible) in addition to viewing the histogram.

Make it a habit to preview frequently to make sure that you’re capturing the best possible images.

The Best Images are often Bracketed

The contrast between the active Northern Lights and dark landscape can be enormous. It can be compared to photographing a sunset where the sky is bright and the landscape is darker.

It’s challenging to capture a well-exposed sky and land in the same frame in these scenarios.

The solution is to bracket multiple exposures.

We’ve got several articles on how you can capture the full dynamic range by taking multiple exposures but here’s a summarized version:

Some of you might be familiar with Auto-Bracketing already but I strongly advise not to use this technique in this scenario; it’s crucial to have full control over the shutter speed at any time. 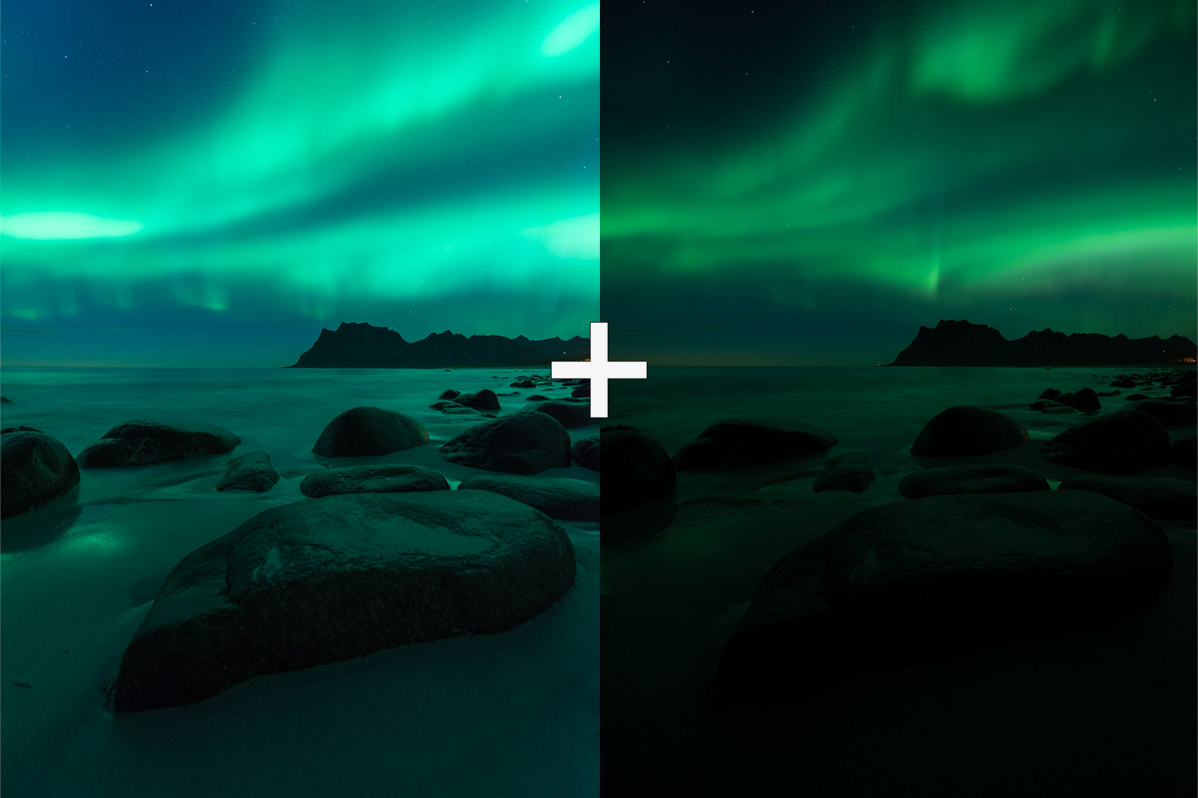 Instead, start by first shooting a few long exposure shots that are exposed for the landscape. Then, since you’re committing to the composition, change your settings to focus on capturing the Northern Lights.

By first exposing for the foreground you won’t miss any of the beautiful formations from the Northern Lights afterward. Since you’ve already got the foreground exposure, you can focus on capturing the perfect Aurora. 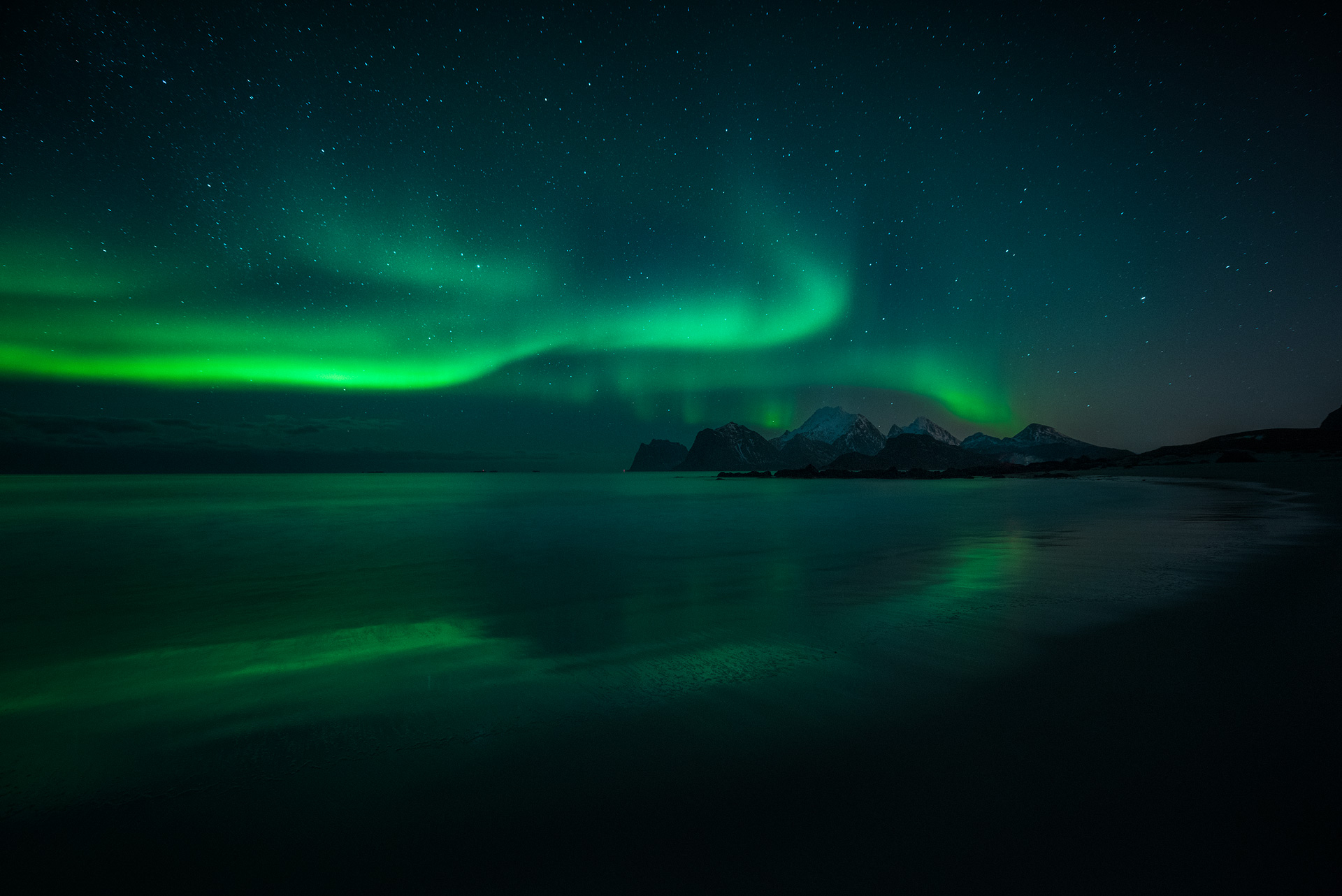