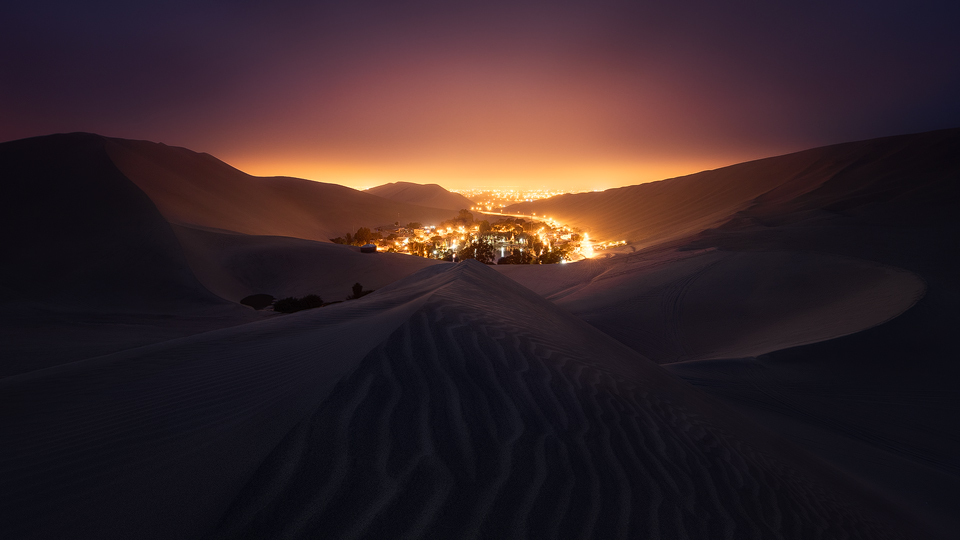 One of the three major ingredients of great landscape photos is light. Subject matter and composition lay the foundation, but it’s the light that can transform an ordinary scene into something extraordinary.

Getting the right light though can be a challenge, especially while traveling. When I travel, I can often just spend a few days in one area before moving on to the next location. For this reason, I’m very dependent on the weather in my photographic endeavors. Because I don’t have the flexibility to come back until the conditions are right, I often have to compromise.

On a trip to the Costa Quebrada in northern Spain back in 2017, there were many compromises to be made. There were either no clouds in the sky at all, or I was greeted by a thick, grey cloud cover. Both conditions were not ideal to capture the photos I had in mind.

Unlike what the title of this article might suggest, this is not a post-processing technique I’m talking about.

Ever since I first scouted Playa de la Arnia near Santander, I imagined it under a glowing sky with the warm light of sunrise lighting up the various sea stacks and the foreground. But this never happened and my trip to Cantabria was already nearly over. I had just one more morning but the forecast didn’t look promising.

The photo above was taken 14 minutes before sunrise on my last morning in Spain. The gap you see on the left of the frame closed soon after and the sun never got a chance to light up the clouds. It would have been quite a frustrating end to my travels, had I not taken this photo an hour earlier:

That’s the glowing sunrise I was after, except that the light you see in the photo isn’t the light of the sun. I took this photo 75 minutes before sunrise when it was still pitch dark down at the coast. I exposed for 9 minutes at ISO 200 and f/5.6 to reveal the colors.

But where do those colors come from?

The blues are the natural colors you get during the blue hour but the orange glow to the right is artificial. It’s the city of Santander glowing in the distance. I had noticed it the morning before and decided to be on location very early the next day in order to use this light pollution in my favor.

It’s all about the timing

In order to perfectly capture such a “false sunrise”, I have to be on location roughly 90 minutes before the actual sunrise. This gives me enough time to tune my composition with some high ISO shots in the dark. Afterward, I can capture the complete transition from an orange, to a blue, to a grey sky. This gives me the ability to pick the best photo for post processing later or even merge several photos via time blending – or like some would call it, compositing.

And surely you can do the same in the evening – capturing a false sunset. Just stick around long enough after sunset for the glow of a nearby city to illuminate the sky.

There are some requirements for such photos to work. For one thing, there has to be a sufficiently strong light source nearby. Larger cities, which are located a few kilometers away from the location are perfect.

Next, you need clouds low enough in the sky. If the light source is strong enough, even higher clouds can pick up the color. But it will not be that intense and vibrant.

If there’s some change in the light or the clouds break for some reason, you can adapt by either keeping the shutter pressed a bit longer or by releasing it earlier.

Dull, grey skies can be a great canvas for colorful photos full of mood and mystery. Using the artificial light of cities, you can mix the dark atmosphere of the night with the vibrant colors you usually only get around sunrise and sunset.

But there’s not always a city nearby and sometimes the conditions are even worse and you have to deal with rain or thick fog at your location. In the following video, I share some additional tips you can apply in such situations. So, when you’re on your next journey and the weather isn’t good, you’ll now have enough ideas of how to still come away with some keepers.