After my resent upgrade to Adobe CC and the release of Lightroom’s new tool Dehaze, I’ve played around with it and testing it in my post processing workflow. It’s main purpose is to remove fog and haze by adding contrast, but it’s potential is so much more! I’ve only tested the new feature for a little over a week, so theres yet much to discover. I have already found a couple ways to use it that I think works great in a workflow, and also a couple creative uses for artistic effect.

Note: No other adjustments than Dehaze is added to the before/after pictures. These are all RAW files straight out of the camera. Additional adjustments such as color correction is needed to get a optimal effect. I’ll mention some tips about what to do further after adding the adjustment, but this article focuses manly on what Dehaze can do itself.

Also be aware that heavy use of Dehaze will add noise, so use the tool cleverly.

One of my favorite uses of Dehaze is to retrieve lost details in the sky. Blending multiple images is a popular way to capture the full dynamic range, but you might not always have the opportunity to do this, or maybe you’ve rediscovered a old shot that you now like better and want to process.

Dehaze does a great job bringing back details in the sky.  Actually it does an amazing job. When I first tested this tool for rescuing a blown out sky, I was surprised to see what it was able to do. The amount of details retrieved is great, and you’re blown out sky has now both contrast and colors again.

As you can see, Dehaze has done a great job bringing back details from the sky. The overall mood of the image is totally different now, and is much more similar to how my eyes registered it when photographing.

Tips: As high strength often gives a considerable amount of noise, I would make a virtual copy of the file in Lightroom that does not have the adjustment, and then blend these two images together in Photoshop. After all, we only use Dehaze to bring out details in the sky in this situation, so we want to avoid the unnecessarily noise in the remaining shot. Also it has increased the color cast slightly, so some color balance is also needed.

2. Enhance the mood by adding haze

As you might know, the Dehaze slider goes from -100 to +100. Not only are you able to remove haze, which is it’s main purpose, but by decreasing the amount you are also add haze easily. While this may not work for every image, I’ve found it to work quite good with an already misty/moody image. The good part is that you don’t really need to do that many adjustments later, besides adding some contrast.

As you can see, we have now added a significant amount of mist, which enhances the mood of this rainy scene captured in northern Spain. Unlike when increasing Dehaze, decreasing does not add noise to your image. Hence you can pull hard on the levers without ruining your shot.

Who would have thought that Dehaze would work so well with Northern Lights? Definitely not me! The contrast and slight color cast that is added by increasing the dehaze adjustments brings out great details and saturation in the sky. Giving a crisp, clear blue sky, and saturating the green auroras!

The fact that Dehaze increases contrast, makes it perfect for “flat” Black & Whites. You instantly increase contrast and the amount of details, which is especially good when you have a dull sky. Note that with a blown out sky, the foreground may be overly darkened, so try adding a graduated filter in Lightroom or bring back the shadows to maintain the desired balance.

Clearly it has done a great job bringing out details from both the sky and foreground, and you now have a image rich in contrast and details. Personally I would have blended two versions together, where the effect is less in the foreground, as I feel the tree kind of disappears. Possibly lighten the foreground area a bit as well.

I always find it exciting to play around with and explore the possibilities with new tools. Even tho I might never use it when processing a image, I won’t know that without trying. So open a picture you like, and se how it looks when you adjust the slider! Try to use it in different settings and see how it enhances the mood and atmosphere of your photo.

One method that I have had some fun with, is adding Dehaze to only parts of the image by manually blending two versions of the same shot – one dehazed, one original. I’ve found that this can really give a extra kick to the shot, and it does a great job intensifying the light. 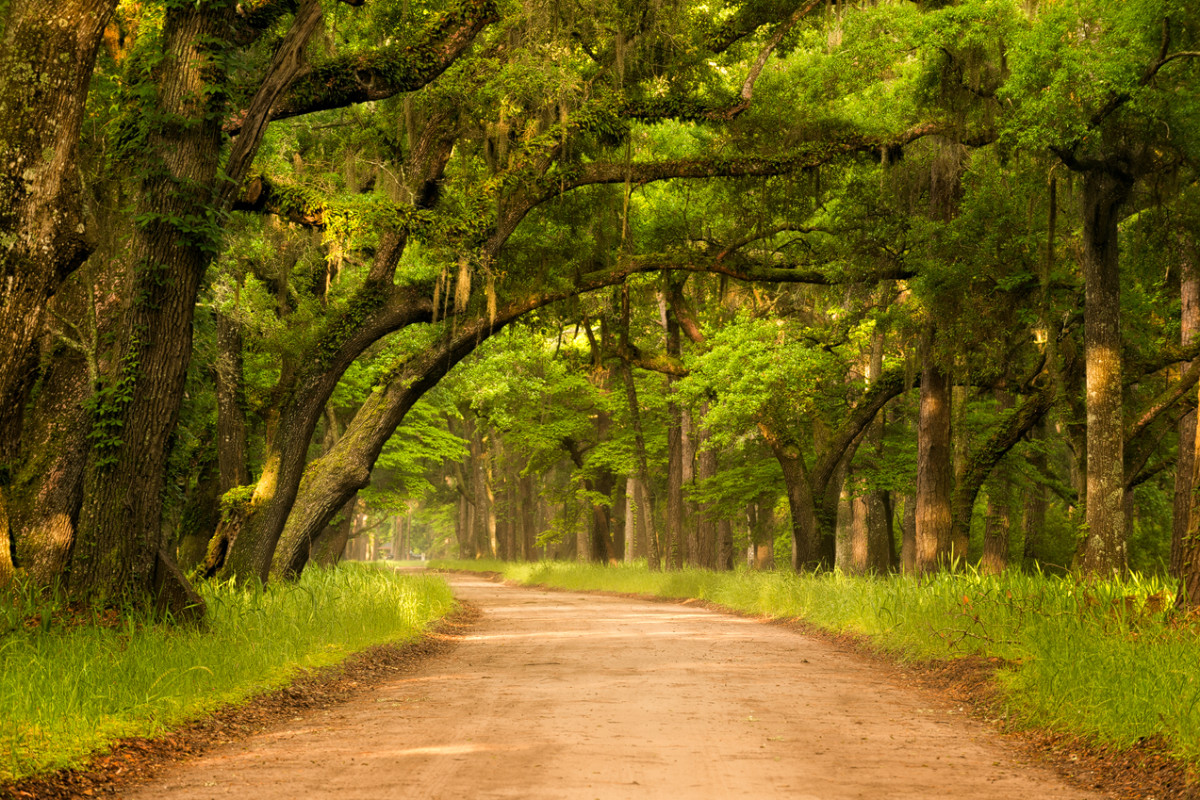 The image above is a example where Dehaze can be used creatively, in my opinion. Straight out of the camera, the photo was rather flat and boring, but due to the low sun and the light barely breaking through the backer trees and creating a soft glow, the mood was amplified by the use of Dehaze. In Lightroom I created a Virtual Copy of the shot, and set the strength of dehaze to -22. I then opened both shots in Photoshop and manually blended them together. This allowed me to remove the foggy effect from areas I did not want it, such as the foreground trees and grass, but leave it in areas such as the end of the road and in between the distant trees.

That being said, the Dehaze method does not work for every image, in fact it’s few images that I’ve found it to be beneficial for. However, when it first works, it does do a fantastic job! So just keep trying it in different environments and I am sure you will find it useful from time to time!

Have you tried Dehaze yet? Let us know if you have found any other creative way of using this tool. 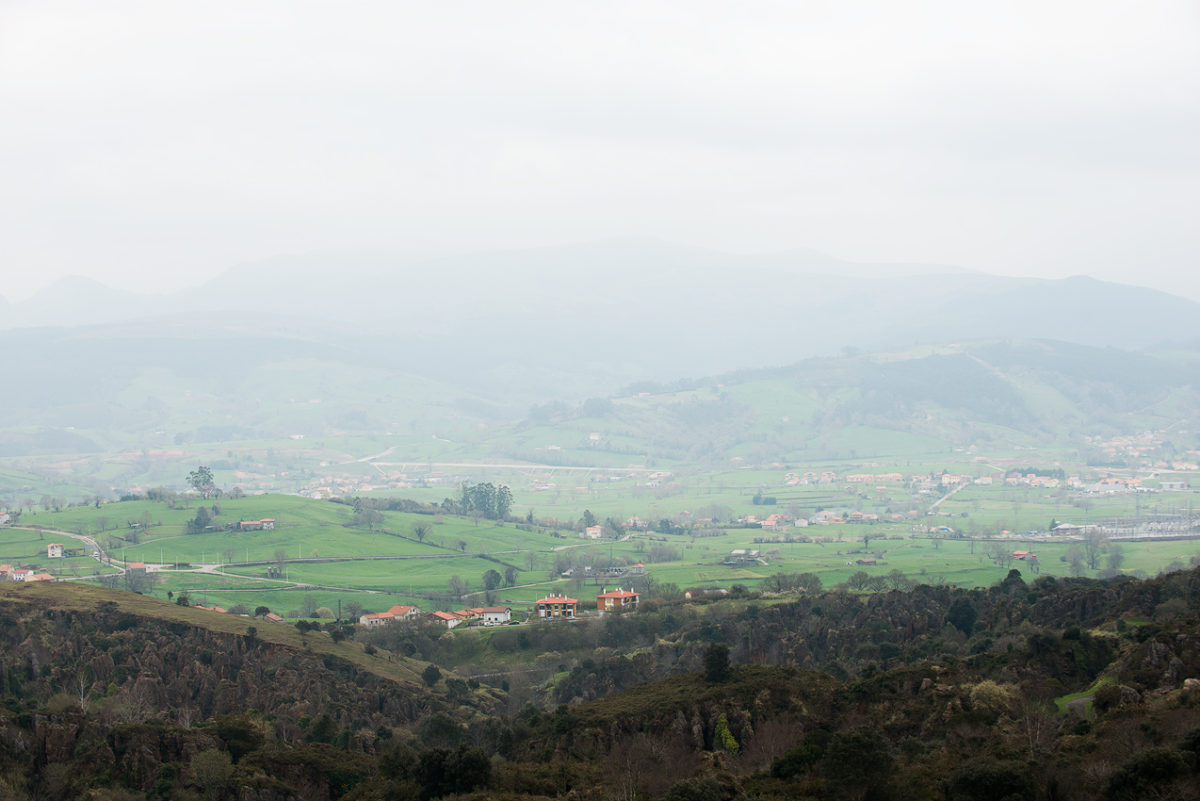